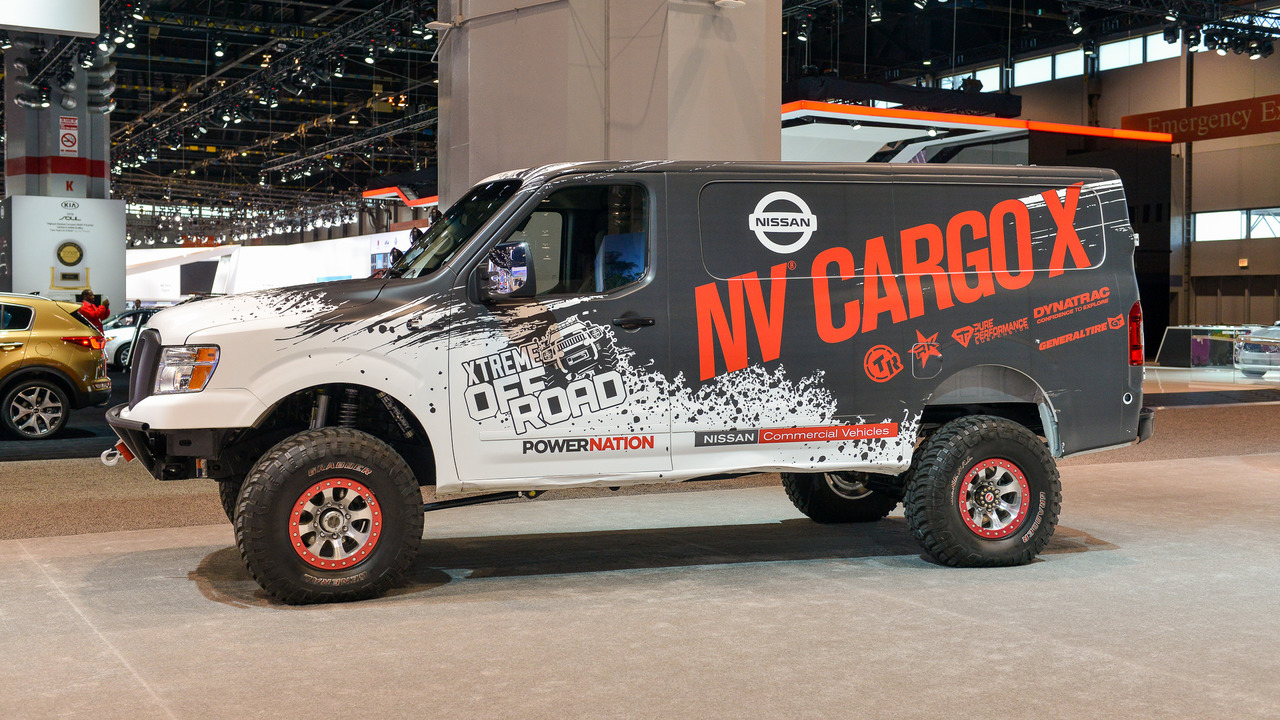 With a Cummins turbodiesel V8 and a custom lifted suspension, it’s a far cry from a regular van.

Tiago Castro, Nissan’s director of sales and marketing for light commercial vehicles, is almost affronted I’d ask. But it’s not every day that you see a Nissan NV cargo van tackling treacherous off-road terrain like that seen in these videos.

The idea behind the Cargo X – which is a one-off concept only – was to show how the durability of the NV cargo van’s fully-boxed frame could work in a brutal off-roading challenge. Castro said that his team wanted to highlight the capability of the van in a fun, engaging way.

“How do you prove this? Just go off-road and do some crazy stuff,” he says. “It’s really to generate some buzz.”

Nissan sent an NV cargo van and a 5.0-liter turbodiesel V8 from a Titan XD to off-roader Ian Jacobson and his team. Over a few months, the engine and van became one. The van also received a new custom suspension, a winch, extra LED lighting, new wheels with beefy off-road tires, and functional skid plates.

In back, there are all the spares – fluids, wheels, tools, recovery straps, etc – one might need for serious off-roading. If you were heading out into the wilderness to explore, you wouldn’t need to bring along another vehicle to help you out.

“Now we have an off-road vehicle with the support vehicle in one,” says Castro.

Nissan announced the NV Cargo X online and posted videos of it tackling the challenging Pyeatt Draw trail near Payson, Arizona. The team spent a week out there but claims the van didn’t get stuck and, aside from some bashes and scratches on the rocker panel, didn’t break anything.

Customer response to the videos was “gigantic,” Castro said, with the videos driving web users to go and research the Nissan commercial vehicles that they could actually buy for their own businesses.

So, can I drive the Cargo X home through the snow? Well, the truck is going to be used for other promotional events and auto shows, so probably not. But Castro says that several NV customers have already reached out to Nissan asking for specs and build plans so they can produce their own Cargo X.