The new game now lets players race on ice, dirt, snow, and mud. Plus, there are over 170 cars to drive on more than 60 courses.

Project Cars 2 is on the way for Playstation 4, Xbox One, and the PC late in the year, and the first teaser video for simulation racing video game makes it look graphically astounding.

The teaser highlights the game’s weather effects, including showing off snow blowing across a track and rain cascading down. The changing time of day also affects the way shadows fall. In addition, the clip provides a glimpse at some of the cars, including an Aston Martin Vulcan, Mercedes-AMG GT, Acura NSX, Nissan GT-R, and Chevrolet Corvette. In some cases we see the vehicles in both their street and racing forms, so there looks to be plenty of vehicles to try. 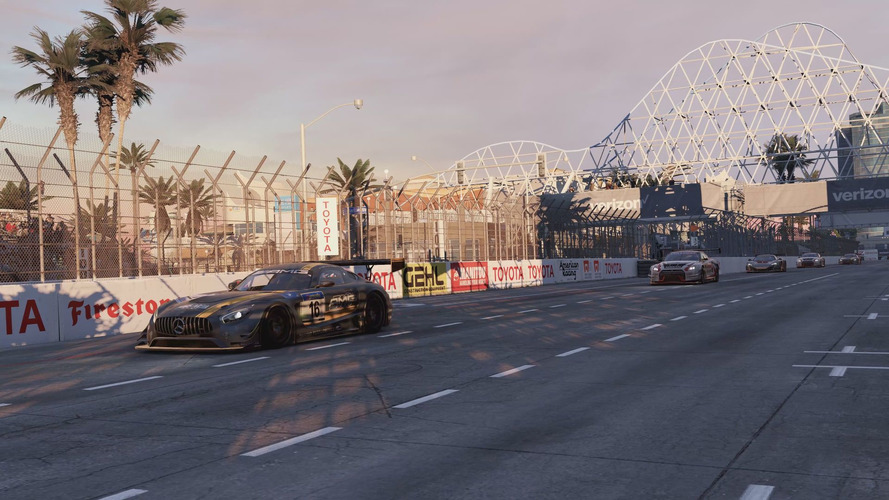 According to the teaser announcement, developer Slightly Mad Studios packs over 170 cars and more than 60 tracks into the new game. Players can also now race on ice, dirt, snow, and mud. The team is adding an Online Championships mode, too.

Assuming you have a PC with enough power to handle it, players can even set the game to play across three panoramic screens, each displaying the graphics in 4K resolution. There’s also virtual reality support.

“Our collective goal at Slightly Mad Studios is to create a simulation racing experience that rivals that of real-life. Realism and authenticity are central to our development mantra for Project Cars 2, hence we’re making sure we employ the best professional drivers, game developers, artists, and sound engineers to realize our vision for a game that takes players on the ultimate driver journey,” Stephen Viljoen, Game Director for Project Cars 2, said in the teaser release.

We’re curious to get behind the virtual wheel in Project Cars 2. The original game showed great promise with a challenging physics model and great graphics. The overall presentation was the major weakness because it lacked the personality and polish of rivals at the time like Forza Motorsport 6.

Fans of racing video games seem to have an exciting year ahead. For example, Dirt 4 arrives in June for rally enthusiasts. Turn 10 Studios is possibly working on Forza Motorsport 7, since it tends to alternate with the Forza Horizon series. Plus, delays pushed the release of Grand Turismo Sport into sometime in 2017.

Try out Motor1's new comment system, and let us know which racing game you're most looking forward to.