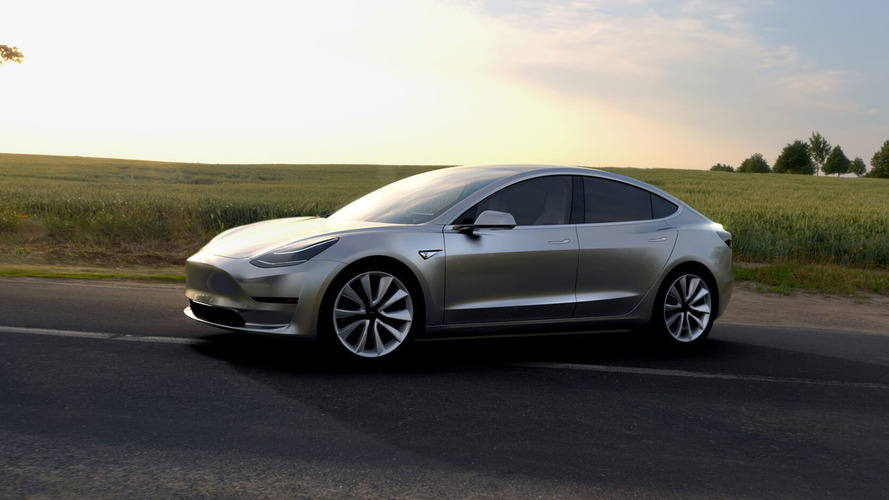 The Model 3 is getting closer to production.

Following the debut of the Model 3 prototypes last March, the newly-named Tesla Inc. is finally kickstarting production of its most affordable EV to date. The automaker has informed suppliers that it will be retooling its factory for a run of pre-production vehicles on February 20. The pre-production cars will undergo final testing before a full production run later in the year.

In doing so, the Fremont, California facility will undergo a "brief, planned" halt in production for the week. The pause would allow Tesla to update its existing paint shop, add capacity, and perform general maintenance throughout. The stoppage will reportedly have no impact on first quarter sales of Model S sedan or Model X SUV, the company will plan to add extra production days to the calendar.

"This will allow Tesla to begin Model 3 production later this year as planned and enable us to start the ramp towards 500,000 vehicles annually in 2018," Tesla said in a statement to Reuters.

After its initial pre-production run, the Model 3 is expected to begin full production in July. Tesla projects that it will have as many as 400,000 assembled cars on the road by 2018 to meet pre-order demand of over 370,000 – a significant jump from the 84,000 units the company sold in 2016.

The upcoming Model 3 will have a starting price of around $35,000 – making it the cheapest vehicle in the lineup – and a range of at least 215 miles (346 kilometers) when it does go on sale. Production of battery packs for the Model 3 will take place at the automaker’s Nevada Gigafactory later this year.