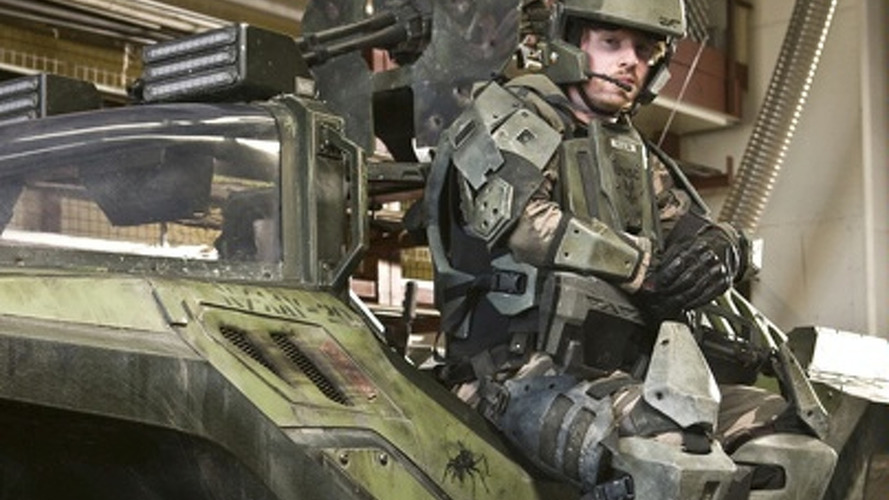 Peter Jackson's Weta Workshop has built a full-size replica of the Halo Warthog.

Gamer nerds rejoice! These are pictures of a functioning, full-size replica of the Warthog, popularized by the video game Halo. Built in Peter Jackson's Weta Workshop, near Wellington, New Zealand, the vehicle will be touring around promotional events and conventions in New Zealand, and possibly elsewhere.

Using the engine and differentials from the Nissan Patrol, the vehicle was pretty much built from the ground up. “The motor’s a six-cylinder diesel automatic, full four-wheel drive. Then we stuck a turbo on it,” said engineer Peter Osborne. “I was pushing for a V8, but I got overruled on that one. They said it might be overkill.”

The one-of-a-kind monster truck has a massive machine gun mounted on top, is larger than many SUVs, and has tusks jutting out from the grille. Weta even crafted a replica armor suit from the game. The United Nations Space Command Marine outfit has everything, including the helmet and battle rifle.

"It took about six weeks, basically going from the chassis up to what we have now,” said Osborne. Built with painstaking accuracy down to custom hubcaps, the Warthog was used in the Halo: Landfall short films. Originally, it was made for a potential Halo film, an idea that never made it out of pre-production in Hollywood.

Unfortunately, the six-week deadline Weta had to build the vehicle meant that each wheel could not get independent shocks. The engineer team says they could have replicated the Warthog's ability to literally hop over any terrain if they had more time. Still, the truck can probably survive a jump from a 20-foot embankment.

Unfortunately, there's no X button to turn the Warthog right-side-up if it flips over.

“That’s the one problem we did run into,” Osborne says. “We couldn’t find a big enough X button.”