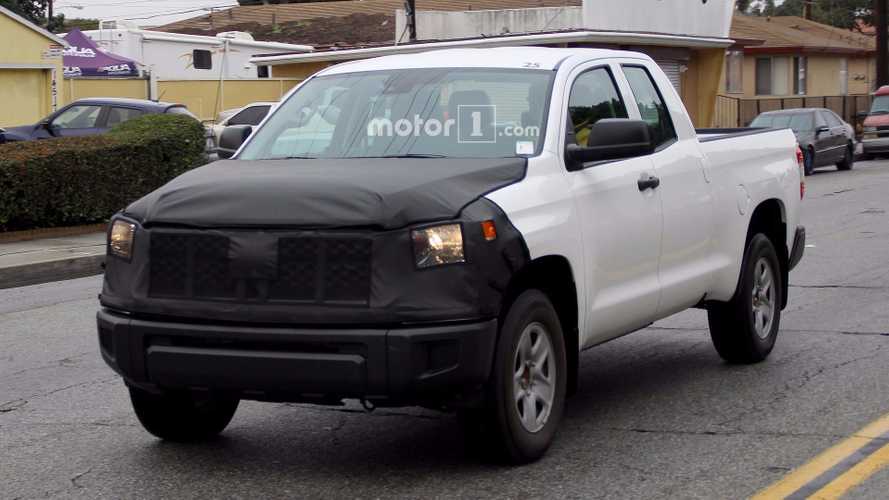 Toyota is prepping an updated front end for its long-lived Tundra pickup, but the company doesn't appear to be changing much else.

In the United States, pickups remain a hot segment, and a new batch of spy shots indicates Toyota is refreshing the Tundra to keep up with the competitive market. The photos of it testing in California reveal that at least a new nose is on the way.

The only visible changes for this Tundra are at the front end. Through the camouflage, we see evidence of a mesh grille with horizontal slats running through it. The headlights retain roughly the same shape, and the lower fascia doesn’t appear to have any changes, either. The concealment over the hood still indicates there’s a scoop at the front edge, and no major tweaks for the design are visible. The company hides the badge on the back, but otherwise it doesn’t keep anything else hidden.

These photos don’t show the interior, but it’s possible that Toyota could make some updates to the cabin like adding new materials. Don’t expect a major overhaul in there, though.

Significant powertrain upgrades aren’t too likely, either. Toyota allegedly might put its 10-speed automatic gearbox from the LC 500 into the truck. However, the company could also hold off on adding the new transmission until the next-generation pickup arrives around 2020, according to AutoGuide.

With a replacement possibly just a few years away, this refresh appears to be stopgap measure. Toyota seems to be making small upgrades to keep the truck fresh but is holding off major changes until the next-generation model.

The current generation of Tundra dates back to the 2007 model year, which makes it rather old by the standards of the generally rapid updates in the American pickup market. Toyota gave the model a major refresh in 2014 and additional minor updates in 2016 like adding styling revisions and a larger fuel tank for some trim levels. 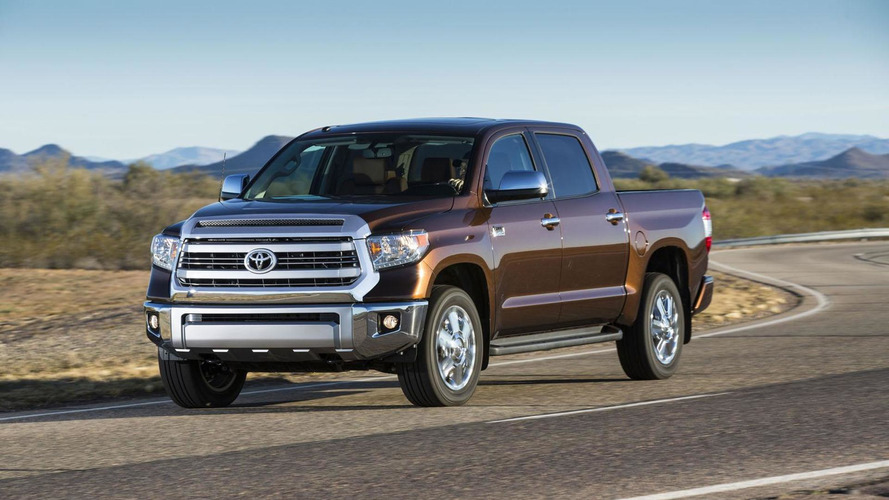