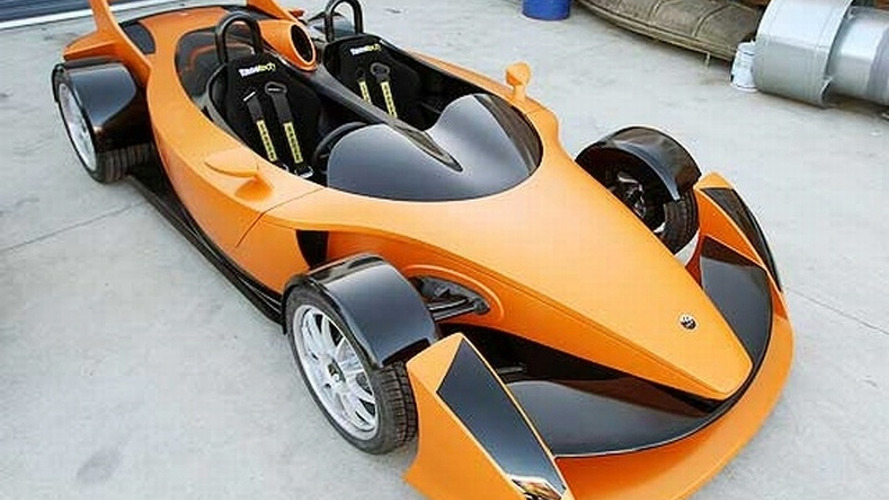 New supercar comes with a 7.0 liter V8 from Chevrolet with 600hp and 600 Nm of torque. The Hulme CanAm supercar is the brainchild of Jock New Zealander Freemantle who has everything riding on its success.

The story: There is a guy in New Zealand who one day decided to build a supercar and take on the likes of Ferrari and Lamborghini. Just like that.

The man is 68 year-old Jock Freemantle and the result has now been unveiled at the New Zealand Z1GP- the 300km/h, 700,000 US dollar-priced Hulme CanAm supercar.

The car is named after former Formula One champion Denny Hulme, a New Zealander, and is powered by a 7.0 liter V8 engine from Chevrolet with 600 hp and 600 Nm of torque. It is orange. It is fast. We're not quite sure what else it is.

Freemantle has invested a lot in this project and so have many of his associates. He has sold his house to finance it and others have contributed their life savings. He says he's praying for success and admits that the most difficult part will be selling the car rather than building it. You don't build a brand name for a supercar that easily.

You can follow the source links below to read the stories for more. Or you can wait and see if this thing has any chance at success in this global market when even the long-established luxury brands are taking a beating in their glossy showrooms.