Alfa Romeo's USA comeback: Everything you need to know 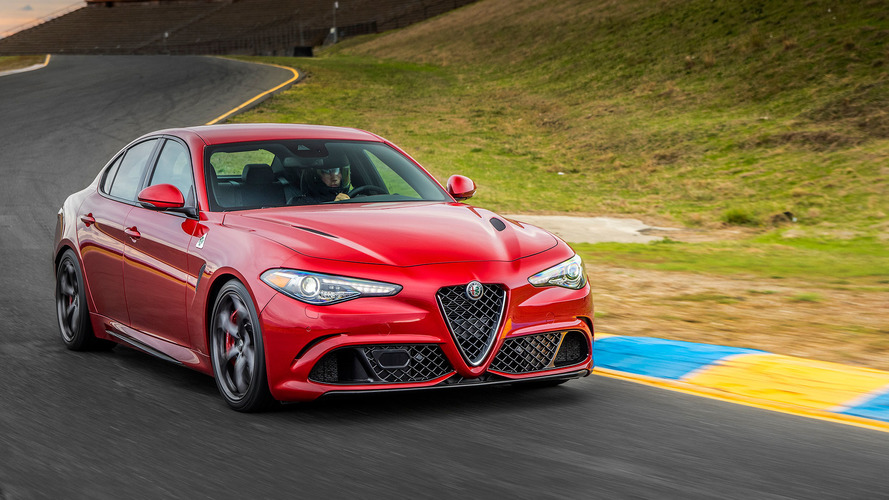 If you just remembered Alfa Romeo exists, here’s everything you need to know about the brand’s return to the U.S.

Odds are, you’re one of the 114 million people in the United States who watched the New England Patriots pull off a historic come-from-behind win in Super Bowl 51 (LI for all the Roman numeral fans out there). But you’re not here for a recap of the game. You’re here because Alfa Romeo gave viewers not one, not two, but three commercials during the game, each giving us flashes of the manufacturer’s new Giulia sport sedan in Quadrifoglio trim, packing 505 horsepower and a price tag north of $70,000.

If you’re anything like us, you may have come away with more questions than answers about Alfa Romeo. Like, does the company even sell cars in the U.S. anymore?

That’s because Alfa Romeo has been largely absent from stateside auto dealerships for the last 22-odd years. Alfas weren’t sold here from 1995 through 2008, and when they returned, the Alfa Romeo marketing campaign was about as high-profile as your neighbor’s colonoscopy. Admittedly, that “return” amounted to less than 100 8C Competizione models (pictured below) on U.S. shores from 2009-2010, with each costing upwards of a quarter-million dollars. Even when the slightly more mainstream, two-seat 4C sports car went on sale here in 2014, there was barely a whisper outside the car show and media event circuit.

And now, Alfa just spent upwards of $25 million for three Super Bowl ads, telling us about the Giulia while secretly prepping us for the imminent arrival of the Stelvio, Alfa’s new SUV that – dare we say it – claims to bring Italian passion and soul to the sport-ute segment. With a rounded lineup that includes a sedan, an SUV and a dedicated sports car, Alfa is poised to grab a larger share of U.S. auto sales. And it seems pretty serious about establishing a foothold in the United States.

Trouble is, Alfa Romeo was never really that established here in the first place. With strong sales in Europe, investing millions into additional research and development to meet American regulations wasn’t a priority. Alfa’s best-ever sales year in the U.S. was 1986, with roughly 8,200 cars sold. By comparison, that’s slightly less than the number of F-150 pickups Ford sells every four days. When the company left our shores in 1995, its only offering was the front-wheel drive 164 sedan.

And the word around town is that Fiat Chrysler Automobiles – Alfa Romeo’s parent company – now wants to sell 150,000 Alfas a year. This comes amidst all kinds of problems at FCA, including shifter debacles, allegations of emissions cheating on diesel engines, scrutiny on sales reporting. If Alfa Romeo is going to sell 150,000 cars in the U.S. market, the brand doesn’t need a reintroduction. It needs a complete reinvention.

Add in all kinds of financial troubles through the years, combine it with a less-than-stellar reputation for reliability, and include a penchant for not being terribly interested in the U.S. market, and suddenly you have a clear recipe for how to not succeed in the United States.

To FCA’s credit, it does appear some thought has gone into this whole notion of Alfas for everyone. Hype of Alfa’s larger return to the United States has been ongoing since 4C’s 2014 arrival. Though still very much a niche vehicle, the 4C’s svelte Italian suit and crisp performance reminded American buyers why Alfas are exciting to drive, despite the oddities and flaws. That hype included rumors of an expanded Alfa lineup; punctuated in recent months with the Giulia sport sedan making the automotive rounds, including a first drive we took last October.

With a trifecta of ads and the sizable marketing bill to air them during the Super Bowl, this is definitely the strongest push we’ve ever seen from Alfa Romeo to woo American buyers. And the company is backing up the ad blitz with a model lineup that, while still sparse, looks to offer something interesting to a majority of buyers. In addition to the established 4C (available as a coupe and topless Spider), the 2017 Giulia sport sedan starts at a not-so-unreasonable $37,995 with promises of 0-60 miles per hour in the low five-second range. That puts it in range of similar sport sedan offerings from BMW, Audi, and Mercedes, giving traditional German sedan shoppers the option to dine Italian for a change.

Pricing for the upcoming Stelvio crossover hasn’t been released, but it will be available in three trim levels from mild to wild. If the Giulia’s base price is any suggestion, the entry-level Stelvio could be a strong competitor in the mid-level luxury utility market.

So to answer the multi-million dollar question, Alfa Romeo appears to be deadly serious about not just reestablishing the brand on American soil, but reinventing the company to appeal to a much wider automotive audience. But after a lengthy absence preceded by a half-hearted effort to compete here in the first place, will Alfa Romeo become a legitimate choice for mainstream American auto buyers?