2017 Chicago Auto Show: Everything we know 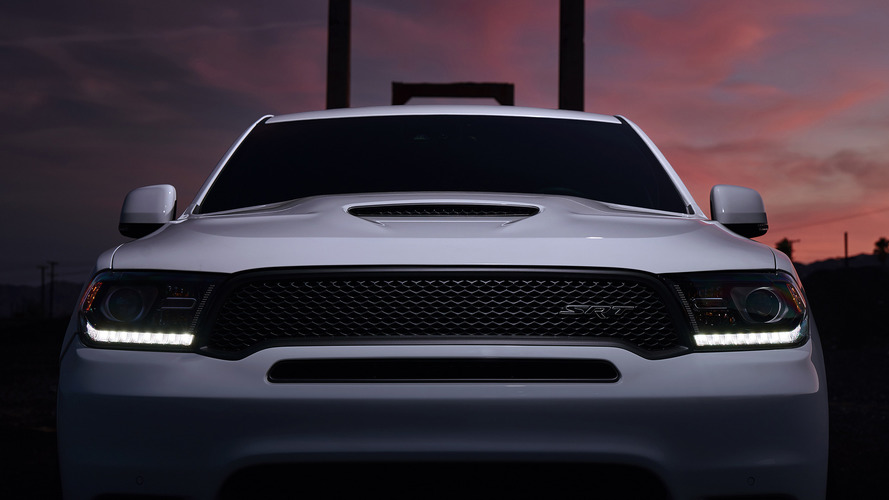 Your spotters guide to what's hot in the Windy City this week.

While it doesn’t earn as many headlines as last month’s Detroit Auto Show, this week’s Chicago expo is still hugely important. It’s the largest show for consumer foot traffic – you know, the people who actually buy cars. So while the list of debuts might seem a little weak when compared to Detroit, Los Angeles, or what’s coming up in Geneva, there’s still plenty of fuss to be made about Chicago.

The list below covers a few of the big things that you’ll see this week, but there’s actually a whole lot more to get excited about. Because Chicago tends to focus on special editions and limited-edition models, there isn’t a lot of teasing that takes place in advance of the show. Said another way, I can tell you that there will be plenty of special models – I just can’t tell you what they are right now. Stay tuned.

Before the Chevy Traverse was revealed at the Detroit Auto Show, I went to an event where GM officials said they’d have more news about the new crossover at the Chicago show. Since I was given a bunch of details about the Traverse RS, but never actually saw it, I’m pretty sure that’s what Chevy will show in the Windy City this week. The big changes for the Traverse include a model-specific 2.0-liter turbocharged engine, only available with front-wheel drive. The RS model will have some blacked-out exterior trim and unique wheels, as well. I’ve seen photos, and can say it looks pretty cool – much better than the standard Traverse.

Automotive News reports Chevy will also debut a host of Redline models, all featuring blacked-out trim and red accents. It's unclear if the Traverse will get this in addition to its RS variant.

I already love this. The Durango has always had this extra cool factor that a lot of three-row SUVs don’t possess, especially when fitted with the 5.7-liter Hemi V8. But now there’s an even more powerful, more badass version. Dodge shoved its 475-horsepower, 6.4-liter V8 under the Durango’s hood, and the end result is a seven-passenger family hauler that’ll hit 60 miles per hour in just 4.4 seconds. It can even tow 8,600 pounds – more than the standard Durango. I bet it sounds absolutely awesome, too.

The big, boxy Expedition finally gets a complete overhaul, and loses 300 pounds in the process. Yes, the new Expedition is lighter and far nicer than before, with EcoBoost power, seating for up to eight passengers, and the ability to tow a boat or camper.

Since Ford decided to reveal the refreshed 2018 Mustang half-way through the Detroit Auto Show’s public days, us media folk will finally get our first glimpse at the new ‘Stang this week in Chicago. It’s unclear if both coupe and convertible models will be on hand.

Don’t even bother with Hyundai’s handful of Elantra GT teasers – look at this European-spec i30, and you’ll see what the Korean automaker has up its sleeve. In terms of design, anyway, the Elantra GT shouldn’t stray too much from Hyundai’s overseas hatch. Everything else, however, is still unknown, though there’s good reason to believe a turbocharged Sport model will launch, given the red accent stitching found throughout the GT’s teaser pics. We’ll know for sure in just a couple of days.

A brand-new Wrangler is just around the corner, so consider this the send-off for the current model. The Recon’s big upgrade is its upgraded front axle, as well as heavy-duty cast covers for the front and rear differentials. And with shorter rack rails, owners can easily fit tires up to 35 inches in diameter without issue. This new Recon model looks super cool, too, with a half-inch lift kit, 17-inch wheels wrapped in 32-inch tires, and an optional dual-vented hood. The 3.6-liter Pentastar V6 engine and six-speed manual (or five-speed automatic) transmission carry over unchanged.

The Outlander Sport is Mitsubishi’s best-selling product, and this special edition adds a lot of kit to the small crossover’s package without a huge price hike. For just $21,995, you get HID headlights, an upgraded infotainment system, unique wheels, black-finish elements, and some new interior stitching. Of course, it’s still an Outlander Sport underneath all that trim and tape – and with the puny 2.0-liter engine, too – so remember, you get what you pay for.

This off-road-prepped Nissan NV Cargo X is super sweet, even if it’s just a one-off creation. It has the Titan XD’s turbodiesel V8 with 310 hp and 555 lb-ft of torque, 22 inches of ground clearance, and a 10,000-pound winch up front. “We asked the NV Cargo X to do work that's way outside of its normal job description, and it rose to every challenge,” creator Ian Johnson said of this big, bad van.

Additionally, Nissan will finally show the final Titan variant – the King Cab – to slot between the Single Cab and Crew Cab models. Finally, a group of new Midnight Edition models will debut, bringing blacked-out accents to a number of high-volume models.

The popular Subaru Legacy sedan gets a mid-cycle update this week, with exterior and interior styling tweaks and a host of new equipment. Mechanically, there are new settings for the dampers and a new tune for the electric power steering, though the four- and six-cylinder boxer engines carry over unchanged. Inside, there are some nicer materials and a slightly bigger infotainment screen. All in, these updates should make the Legacy a bit more attractive to buyers than before. No word on when we’ll see the updated version of its sibling, the Outback.