Refreshed Porsche Macan spied out in the cold 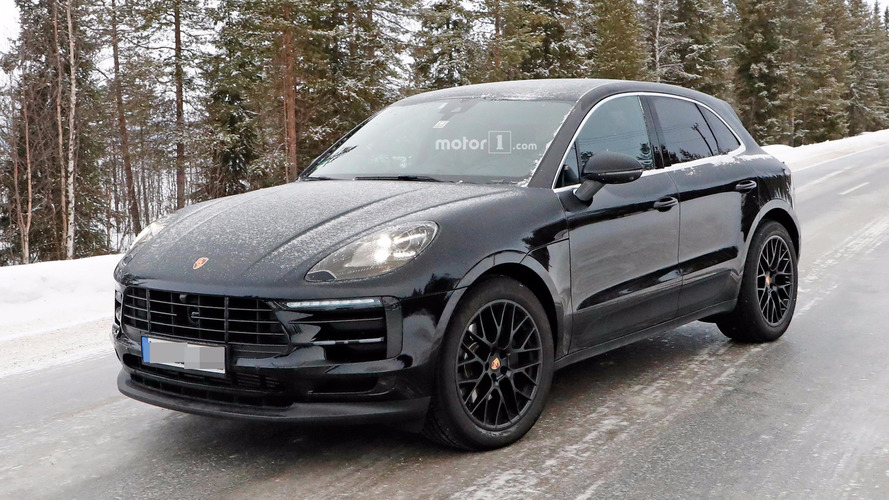 The camouflage at the back hints the crossover might have taillights stretching all the way across the rear like the upcoming 911.

A new batch of spy shots reveals that Porsche is working on a refresh for its strong selling Macan crossover. The lightly camouflaged CUV boasts small upgrades that keep the vehicle looking fresh.

A revised front fascia is among the biggest upgrades to the Macan’s face. The updated lower lip is larger and gives the CUV a meaner look, especially in this examples black paint. Our spies also claimed to have seen camouflage around the headlights, but it wasn’t very evident in the photos.

At the back, Porsche’s engineers camouflage the taillights, which points to a revised design for them. The concealment is also visible between the lights across the rear. It makes us wonder if the company might incorporate a strip of LEDs across the back like on recent spy photos of the next-gen 911.

Unfortunately, these photos don’t provide a good look at the interior. The rapid rate of technological progress in the auto industry makes us expect tweaks like improvements to the infotainment system and a more advanced driver assistance suite. While the complete array of capacitive buttons from the latest Panamera is unlikely, we could imagine Porsche incorporating a few of them into the Macan’s center console.

Don’t expect any major powertrain changes, but Porsche might use the refresh as an opportunity to give the Macan’s engines a little more power.

Launched in the United States for the 2014 model year, the Porsche Macan has rapidly become the German sports car brand’s bestselling vehicle in America. The company delivered 19,332 of them in the U.S. in 2016, which easily topped the Cayenne’s 15,383 units. In fact, the Macan was the only one of the company’s models in America to post a year-over-year sales improvement.

Forty percent of the Macan’s sales in the U.S. come from models with the base, 252-horsepower (188-kilowatt) 2.0-liter turbocharged four-cylinder engine. The entry-level version is even attracting a lot of new people to the brand because for 80 percent of buyers it’s their first Porsche. On the other end of the spectrum, customers looking for a high-performance CUV can order the Performance Package on the Macan Turbo with 440 hp (324 kW).