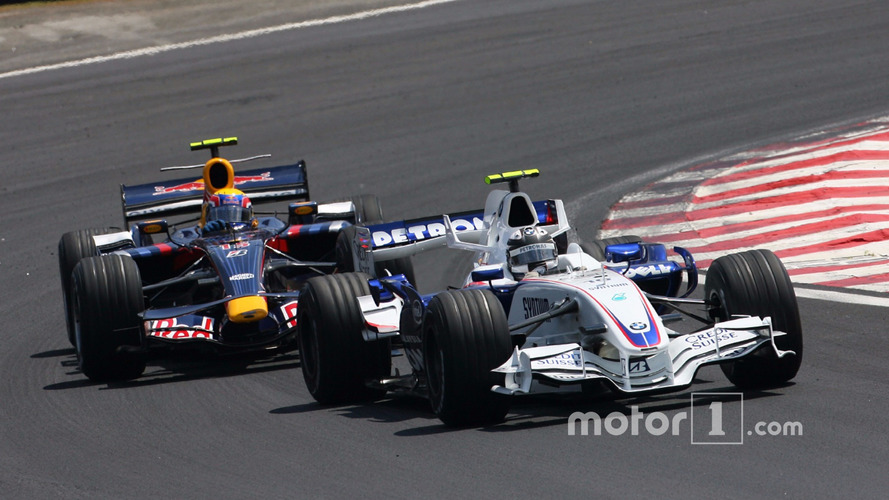 Mark Webber believes that the new F1 rules will take the sport “a good step forward” in terms of spectacle.

Speaking at the Bathurst 12 Hours at the weekend, Webber told reporters that the more aggressive, faster F1 cars will be more spectacular to watch – and that engine power would be more important than ever due to the increased drag.

“The sporting side should be a good step forward, the cars are going to be quicker than they’ve been for a long time,” said Webber.

“The drivers will be earning their money again, and they’ll be sweating on the podium again, which will be great.

“They’ll be going back to laptimes like we used to do 10 years ago. I think that will be a good visual to watch.

“The cars are going to have a lot more downforce, but it’s going to be more power sensitive than ever. You’ll need a bigger engine more than you ever have done, because of wider tyres and more drag.

“The cars are getting quite heavy, with the wider tyres, which is a bit unfortunate – because it will slow them down.”

One negative Webber did suggest that hasn’t been addressed is Formula 1’s continued use of small-profile tyres.

“The cars will look alright, apart from the rubbish-profile tyre,” he added. “We need a bigger profile tyre.

“They’re still quite small in that regard, but the rest of it looks pretty good.”

Formula 1's rule changes for this year were prompted by a belief that cars had become too slow in the V6 turbo hybrid era.

Historical data from the Spanish Grand Prix highlights just how much things have changed - and shows why F1 chiefs wanted to turn the situation around.

For although pole positions times have not fallen away so much - thanks to increased downforce and engine power - it is race pace where the biggest difference is seen.

This drop in pace is down to heavier cars at the start, thanks to a refuelling ban, and high degradation tyres.

In a comparison of race pace between the 2007 and 2016, the fastest opening stint to the Spanish GP came in 2008 when Kimi Raikkonen led early on for Ferrari.

Have those two cars racing on the same track at the same time, and Raikkonen would have been nearly 30 seconds clear after four laps.

Here is how the pole positions time for GP2 and F1 compare since the current configuration of Barcelona track was used since 2007: