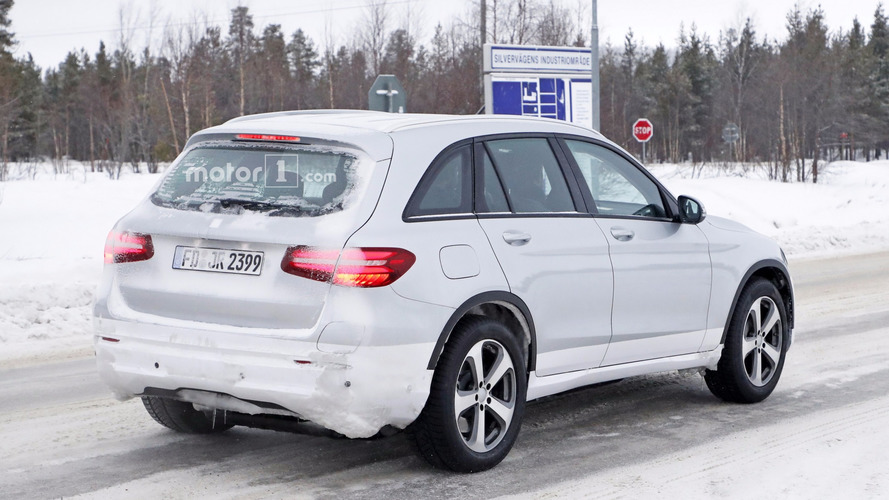 The test mule's battery pack was mounted underneath the floor.

Caught on camera in snowy Sweden, the Mercedes test vehicle appears to be a regular GLC 350 e plug-in hybrid judging by the additional cap mounted on the rear bumper. However, upon closer inspection you’ll notice the battery pack mounted underneath the vehicle’s floor as well as the increased ride height to make room for the additional hardware. The extended side skirts and the unpainted wheel arch extensions are also signs we’re not dealing with a run-of-the-mill GLC.

Hiding underneath the familiar sheet metal is actually a test bed for Mercedes’ upcoming array of electric vehicles set to be sold as part of the newly founded EQ sub-brand. Leading the way is going to be a crossover as previewed by the Generation EQ concept shown last year at the Paris Motor Show. It’s due to arrive towards the end of the decade and will use a brand new modular platform, which will be shared with nine other EVs due to see the light of production day by 2025. By then, Mercedes expects 15 to 25 percent of all annual sales to represent zero-emissions cars.

Spy images from last week have shown Mercedes is also testing its new EV architecture using a modified GLC Coupe and hopefully in the following months the test mules will evolve to show more of the production bits. The company with the three-pointed star badge has already announced all EQ-branded models are going to have a different design than the conventionally powered models as a way to highlight the significant differences between the two lineups.

To bring its ambitious EV plan to fruition, Daimler is investing no less than €10 billion to engineer electric cars that will have a range of 311 miles (500 kilometers) in the real word and will do 0-62 mph (0-100 kph) in less than five seconds. Smart will also take advantage of the new hardware, with Mercedes saying future models will have enough battery juice for up to 435 miles (700 km) on a single charge.