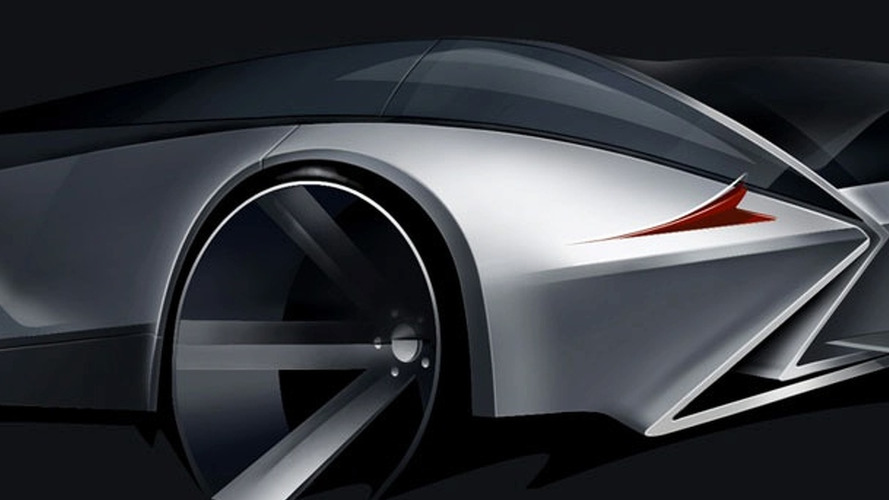 A design based on "lighting sculpture" which makes use of LED technology to light up a car in the night.

Here is automotive design for the pure sake of pushing the creative boundaries of design. There is no function here, no cue that is an abject necessity of aerodynamics. Unless, you're talking about the flow of light instead of air.

This design, called the A'KIMONO LS2.0, was inspired by the A'kimono Concept which won third prize at the Desire Design competition in 2007, an event run by the Domus Academy & Stile Bertone. It is the brainchild of Teodor Kyuchukov, a PhD student in the Department of Industrial Design at the University of Ruse in Bulgaria.

The LS stands for "lighting sculpture", a design method that uses artificial lighting systems (LED technology) to make surfaces more visible at night. According to Kyuchukov, cars remain invisible in the dark, and using "Automotive Lighting Sculpture" will bring out the car's design even in the night.

"The exterior illumination [...] strengthens the emotional impact of a vehicle during the dark part of the day and turns the car image from "incognito" to a sensuous piece of art," says Kyuchukov.

The design was done for Audi, and makes use of Audi's design cues, mainly from the R8, and combines them with the theme of the Japanese Kimono, a traditional garment worn by men and women. In the case of the LS2.0 concept it denotes a Kimono used in martial arts that allows maximum flexibility and movement of the human body.