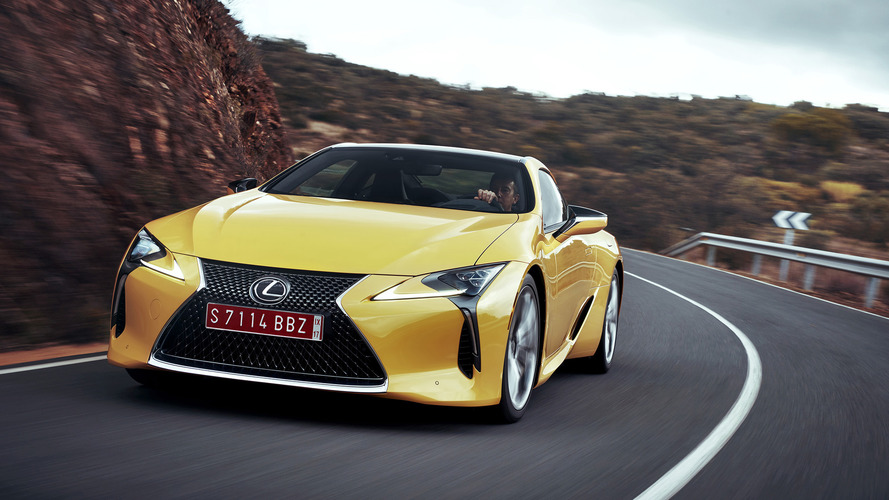 Maybe, an LC F would take cues from the sharp-edged version of the coupe that races in Japan's Super GT series.

Trademark filings are not a promise that a vehicle is on the way because automakers might just be protecting the name from another company using it. However, an LC F would be a natural fit in Lexus’ lineup, especially since the RC F is already available with a 467-hp (348-kW) tune of the 5.0-liter V8. A more potent version of the range-topping coupe would serve to differentiate it from the less expensive high-performance two-door model in the lineup.

The current V8 probably can’t remain naturally aspirated and still make enough additional power to really differentiate an LC F. One idea the company might consider is tuning the new 3.5-liter biturbo V6 in the 2018 LS 500 that makes 415 horsepower (309 kilowatts) and 442 pound-feet (600 Newton meters) in stock form. A dollop of extra boost and maybe some hybrid assistance could be a more economical way to produce a more potent version of the coupe.

The LC 500 goes on sale in the United States in May for $92,975 and the LC 500h is $97,485. Lexus would want to give its range-topping coupe time in the spotlight before unveiling an even more powerful version, so don’t expect to see the LC F anytime before the second half of 2018 – maybe even longer.