Being a refugee in America sucks without a car 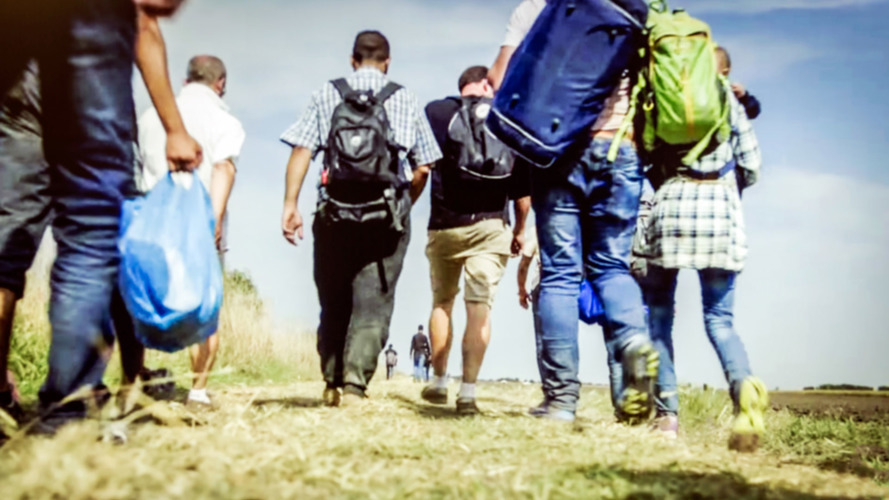 Not all of the U.S. has turned its back on world refugees.

The United States admitted 85,000 refugees last year, according to the Pew Research Center, but the challenges for newcomers to the U.S. don’t end with simply moving to the country. Getting around without a car can be prohibitively difficult in certain areas. That’s why some charities and agencies are now running programs to donate cars to refugees.

At the moment, the political climate has turned against refugees in general. But for those who have made it to the U.S., the biggest hurdle for many who are hoping to find jobs here is simply being able to get to those jobs. Every agency with a car-donation program for refugees that Motor1 talked to said that simply reaching a new job opportunity is a major challenge in areas without public transportation systems.

“If you don’t have a car, you’re basically stranded.”

These programs differ from traditional car-donation schemes, in which charities sell or scrap donated cars and use the proceeds to pay for goods or services. Instead, they provide the vehicle, for free, to a refugee and his or her family. It’s a way of helping these new arrivals get on their feet as they begin a new life in this country.

In Metro Detroit, for instance, the American Syrian Arab Cultural Association works with Syrian refugees who frequently find jobs that require a commute too long to be done on foot or by bus.

“Some of them are getting jobs that are 45 minutes to an hour away, and they can not get those jobs because they don’t have a car,” ASACA executive director Rouba Samman told Motor1. “In this area, if you don’t have a car, you’re basically stranded.”

ASACA does not receive vehicle donations directly, but instead uses money from fundraisers and other donation sources to buy vehicles. Those financial donations are all tax-deductible for donors, too. The program kicked off a year ago; the first vehicle was given to a refugee family in June 2016, and since then the agency has donated 15 vehicles.

“We are open to accepting donations of used cars in good donation, but so far what we did is to go and buy the cars ourselves,” Samman said.

The price limit on buying the used car is $5,000; if it comes in under that figure, ASACA will also pay the first month of insurance. Samman says that car insurance for newly settled refugees can be extremely expensive, in part because those drivers don’t have any credit history: “The insurance itself is another obstacle,” she said.

Another program runs out of the Aurora/DuPage office of World Relief, west of Chicago. In this case, the group accepts direct donations of vehicles and then passes them on to needy clients. The agency has records of car donations from as far back as 2004, but says it has really picked up in the last few years. The office has about two car donations per month.

“With transport being such a barrier to employment, the cars fulfill a really big need to our mission.”

Brian Reilly, job development specialist, and Tim Kustusch, partnership manager, say that their office’s location makes car donations a key part of helping integrating refugees. There are lots of manufacturing jobs with which World Relief tries to connect people, but there’s no way for them get there.

“With transport being such a barrier to employment, the cars fulfill a really big need to our mission,” Reilly told Motor1. “Being suburban, mass transit is very weak.”

When the office receives vehicle donations, staffers evaluate the car’s condition first before deciding how to proceed; many cars are donated when they reach a big mileage milestone, like 150,000 miles, or when the owner is faced with another big bill. If the car is in too bad of a shape to be repaired, it’s scrapped, and money from that is used to fund repairs on other vehicles.

“We usually have to put some money into repairs, not always, but we always have the cars looked at by our mechanics,” Reilly said.

As part of the donation program, World Relief requires that car recipients help transport other people in the local area.

For the person donating the vehicle, they receive a tax-donation letter that’s filed with the IRS, and can provide a tax write-off. But perhaps the bigger benefit is the knowledge that their car will live on to help multiple refugee families. As part of the donation program, World Relief requires that car recipients help transport other people in the local area.

“We multiply the benefit two-, three-, four-fold by increasing the number of people who can use the car to get to work,” Reilly said.

There’s a similar program in Dallas, Texas, run by a non-profit called DFW International. Over the past two years, the group has donated 26 cars to refugees, says agency president Anne Marie Weiss-Armush. She said that mobility is key to anyone who has moved to a car-centric American metro area like Dallas, but the meager benefits and low-income jobs available to many refugees make buying a car out of reach.

“A refugee could never buy a car on his own,” she told Motor1. “In Dallas, one must have a car to get around.”

She describes the process of car donation as “terribly easy.” Anyone who wants to contribute to the cause simply takes their used car to DFW International, fills in the appropriate paperwork, and leaves with a tax form that allows them to receive a credit for the vehicle’s fair-market vehicle. The refugee, meanwhile, doesn’t have to pay the usual Texas vehicle registration tax on their new car because it was donated through a 501(c)3 charity.

“If someone has an old clunker worth maybe three, four, five thousand dollars, they can get a tax write-off … and they’re also doing a good deed,” Weiss-Armush says.

Car insurance for newly settled refugees can be extremely expensive, in part because those drivers don’t have any credit history.

She tells the story of a Syrian refugee couple who came to the Dallas area with their five children. It’s a struggle that many refugee-aid agencies echoed when explaining why car donation is so critical: The father soon found a job to support his family, but it was an hour’s drive from where they were living. A donated car helped him get to and from that job to support his family.

Of course, the car isn’t the only required step to hitting the road; refugees generally need to pass a U.S. driver’s test and buy insurance before registering their car. World Relief’s Aurora/DuPage office holds classes to help refugees earn their permits. Then the agency’s clients usually pair up with another refugee who speaks their language to practice driving. World Relief helps its clients go through the paperwork to and processes to obtain a license, title their new vehicle, and obtain insurance – but those costs are on the refugee.

Until that point, the office has its own vans that are used to help transport refugees to job interviews, ESL classes, and other appointments. It’s a point of pride for Reilly and Kustusch that those vans are serviced by a local mechanic who was himself is a refugee that World Relief helped settle into the area over a decade ago.

DFW International in Texas has a similar approach. Weiss-Armush says the agency has a volunteer who helps recipients of donated vehicles find affordable insurance and driving lessons. In fact, the agency even has one refugee who helps teach others to drive and prepares them for their driving exams.

Although the future of refugee programs in the U.S. is uncertain, car-donation programs like these are just one of many ways to help newcomers to this country who have fled wars or oppression. To find out more about the agencies mentioned and learn how to donate, visit them online: DFW International, World Relief DuPage/Aurora, American Syrian Arab Cultural Association.