Nissan will debut the closer-to-production model of the NV200 van. The vehicle debuted as an extreme mobile command center concept at Tokyo 2007.

The three-row MPV has dual sliding-doors, with easy access to the rear bench. Interior configuration can be changed quickly, to utilize more cargo space or to seat seven. Nissan cites the design as being "flexible, comfortable and convenient," making this a realistic option for "large families on the move." Nissan is apparently trying to tap the all-important travelling circus market.

You may remember the debut of the Nissan NV200 concept van (pictures attached) during the Tokyo show back in October 2007, when the company showed off a multi-purpose unit that had a police command van feel to it. The rear extended outward, showing its capacity to hold a varied combination of tools in a hidden pocket, while creating a rear "pod" inside. That pod features a seat held in place on a track, a folding tabletop with built in computer, keyboard, video equipment, and flatscreens, all of which moves into and out of position as the rear is expanded and contracted.

Nissan will offer both van and combi versions of the new Nissan NV200. A release date has not yet been set. 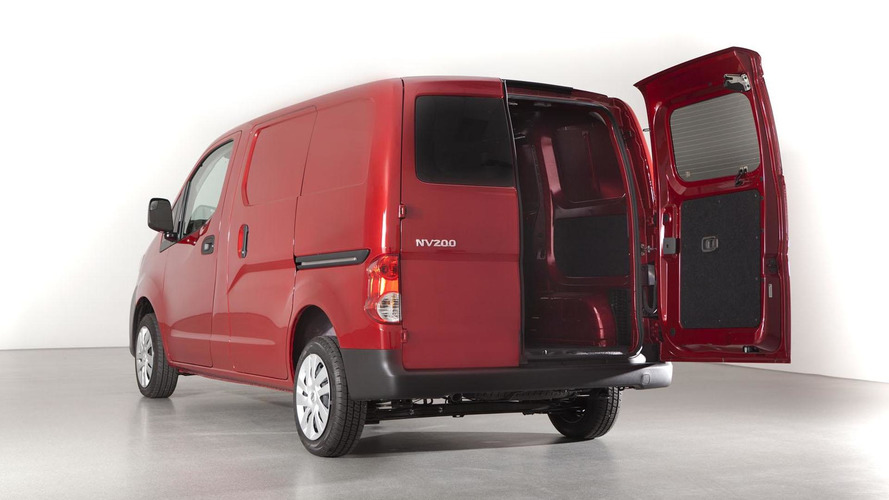