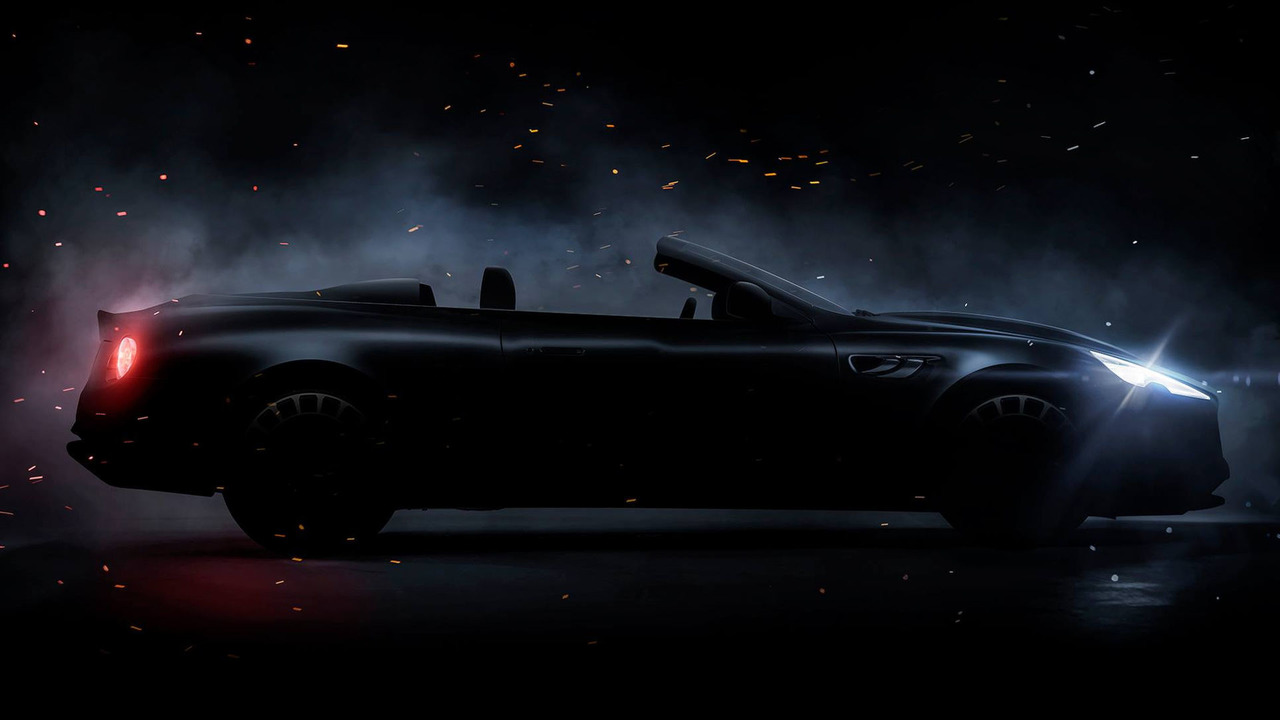 The DB9 Volante's alter ego will debut in Geneva next month with an updated exterior.

Kahn Design took the wraps off its reworked Aston Martin DB9 almost a year ago at the 2016 Geneva Motor Show. The sleek grand tourer pictured below carried over from the donor car only the rear window, trunk, and the cant rails, while all of the other body panels were specifically developed for the Vengeance coupe. Now, Kahn is almost ready to chop off its roof for a Volante version set to premiere at the very same auto show in Switzerland.

The reveal will take place early next month, so Kahn has decided to announce through a teaser the Vengeance Volante will be under the spotlight of the 2017 Geneva Motor Show where Aston Martin will bring the 2018 Vanquish S Volante. There’s not much secrecy regarding the car’s design taking into account it will heavily draw inspiration from the fixed roof version. Already we can see the roulette-style, two-tone alloy wheels and the round taillights of the coupe.

As it was the case with the coupe, the modified Aston Martin droptop will carry over the DB9’s powertrain, so it will use a naturally aspirated 6.0-liter V12 engine with 510 horsepower and 620 Newton-meters of torque.

Kahn Design isn’t saying just yet how much it will ask for its latest creation, but we do know it’s making only three Volantes to join the two existing coupes. Just to get an idea of how much it’s going to cost, the two fixed roof cars (one LHD and the other RHD) were available for somewhere in the region of £300,000 (about $374,520).

If you would rather wait for something truly new from Gaydon and not just a rehashed version of an older product, the DB11 Volante will be out in the spring of 2018.