2019 Porsche 911 caught with the rear spoiler down

The new Nine Eleven's derriere has been spotted by the spy camera at night, but bear in mind it was still heavily disguised.

The 992 generation was photographed last week in coupe and cabrio flavors with the wraparound rear spoiler upright on all instances, but now our spies have managed to capture another prototype testing in the late hours with the spoiler down. It makes it look even more like the Mission E concept and we are also seeing some Panamera similarities at the rear.

However, it’s important to mention that while the prototype may have had the production body, there were extra panels affixed to the real sheet metal to hide the 911’s evolutionary design. These are visible on the quarter panels, rear bumper, and quite possibly on the front fenders as well. Despite the extensive disguise, already noticeable are the new door handles and the reworked taillights resembling those of the aforementioned Mission E. A pair of thinner LED daytime running lights is also visible, while the previous shots have revealed lightly updated headlights and a reshaped hood. 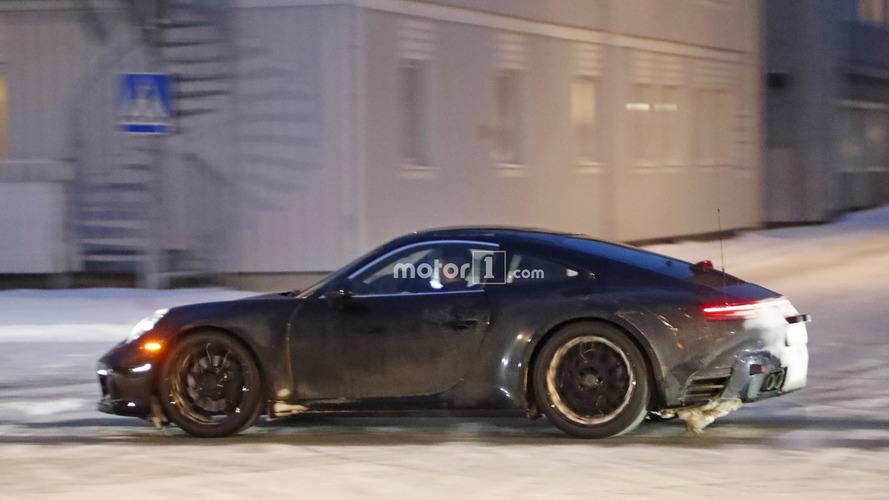 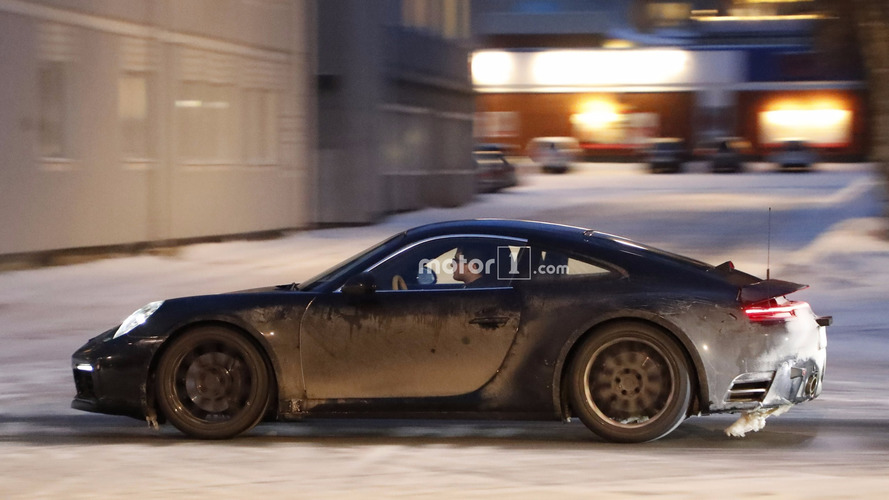 The extensive use of camouflage can’t hide the 911’s slightly increased width evidenced by the prominent fenders. You will be happy to hear Porsche’s solution for a third brake light is only temporary and as such it certainly won’t be there on the production car. The fact that it will boast a wider rear spoiler means the next generation will bring improvements in terms aerodynamics by providing additional downforce at the rear axle.

In regards to the oily bits, Porsche has already turbocharged most of the current 991.2 models, so expect these force-fed units to find their way inside the 992’s engine bay. Perhaps the biggest novelty the next generation will bring is the introduction of a plug-in hybrid powertrain already confirmed by the peeps from Stuttgart, which have ruled out the idea of doing an all-electric 911 in the foreseeable future.

Expect the next-gen Porsche 911 to debut towards the end of next year or early 2019. Around that time, the road-going Mission E should be out.