Is Ford about to launch a new Mustang Bullitt? 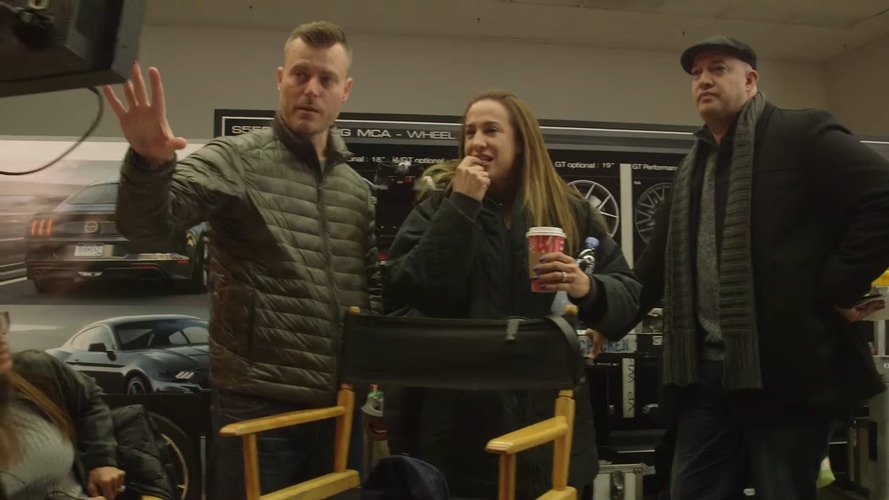 The dark green paint and de-badged front grille are just two of the possible signs.

Dwayne “The Rock” Johnson published several days ago on his YouTube channel a video recorded at Ford’s factory in Detroit where he shot some ads for the Blue Oval. That’s not what you would call newsworthy, but an eagle-eyed member of the Mustang6G forums spotted something truly interesting. Beginning with the 3:07 mark until around 3:13, you will notice some drawings in the background showing a dark green Mustang based on the recently facelifted model.

It does not seem to have a badge on the front grille, while the one at the back likely has a crosshair design in the same vein as the previous Bullitt ‘Stangs. In addition, the pony car appears to be fitted with a set of Torque Thrust-style dark alloy wheels and also seems to have a faux gas cap. Another possible clue is the “S550 Mustang MCA” lettering noticeable on top of the board, indicating the car is inbound for the MCA = “Mid Cycle Action,” which represents Ford’s way of saying facelift just like BMW uses the fancy term “Life Cycle Impulse” (LCI).

While these signs do not necessarily confirm there is going to be a new Mustang Bullitt, the timing does seem somewhat right considering the movie is going to celebrate its 50th anniversary in 2018. The special edition would follow similar versions launched by Ford for the Mustang’s 2001 and 2009 model years.

All these clues could very well serve as Easter eggs for a limited-run 2018/2019 Mustang Bullitt, but we’ll just have to wait and see how this will play out since right now it’s too early to know for sure.

Meanwhile, you can check out the video below starting with the moment when things get interesting, at the 3:07 mark, until 3:13: