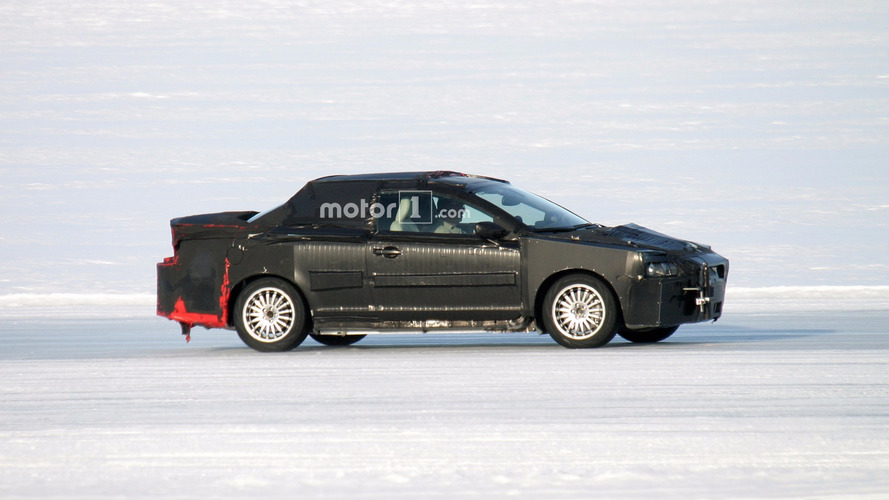 This one should be a little bit harder than the first two.

After the first two relatively easy rounds showing a large SUV and a stately sedan, for this week we are trying out something very different as the heavily camouflaged prototype has only two doors. Taking into consideration the year it went on sale, our guess is the test vehicle was captured by the spy camera in the mid-1990s or even a little bit earlier than that taking into account the heavy disguise indicates it was in an early testing phase.

To give you a hint as to what it might be, the car was very different in terms of exterior styling compared to what the automaker was selling back then. The car’s project director revealed shortly after the model’s official premiere that the BMW 6 Series Coupe was a source of inspiration while the vehicle was being developed. Speaking of which, the automaker did not engineer the car on its own, as it had some assistance from a company based in U.K. involved back then in the very challenging British Touring Car Championship (BTCC).

Just like before, we are going to update the article tomorrow morning (GMT), so check back on Sunday to discover the correct answer to this week’s spy photo riddle.

“Car Spy Photo Trivia” is going to be posted on a weekly basis on our media channels as well, so you can follow us on Facebook and Twitter and give us your guesses there.

In next week's episode, we are going to have another two-door coupe roughly the same size as the one pictured here and belonging to the same segment.

You can check out the first two spy shots showing the Mercedes-Benz S-Class W220 and first-gen VW Touareg in the gallery attached below.