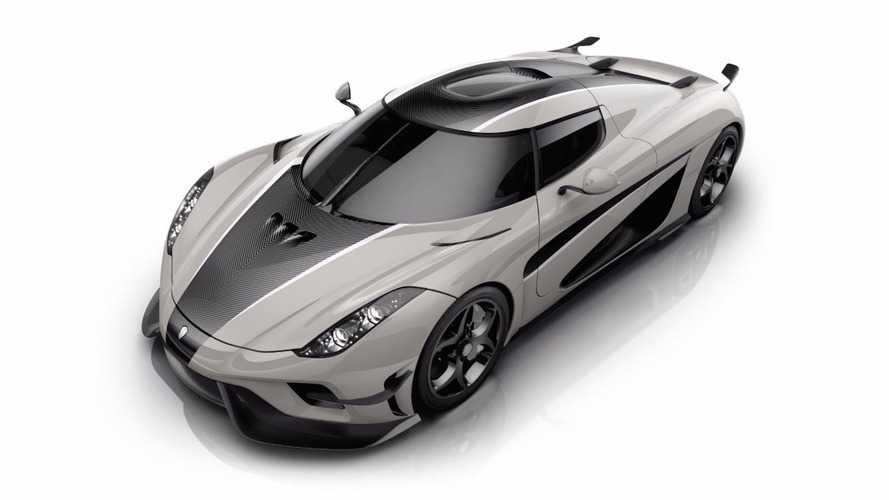 Grey, white, and carbon fiber all over.

For the past few weeks, Koenigsegg has been sharing employee-designed Regeras on its Facebook page. The first was created by copywriter Steven Wade, who paid tribute to the legendary Prince. The second was done by a wine-loving Sales Director named Johan B., and wore a Bordeaux-tinted carbon fiber finish.

This latest Regera design is much more subtle – but not any less desirable. It was created by Prototype Manager and Vehicle Builder Mattias Vox. The exterior is coated in a Battleship Grey finish with a clear carbon fiber central stripe flanked by two white pinstripes. It also wears the optional new aero package on the front and rear, and like the two before it, carbon fiber wheels.

The interior, meanwhile, shares a number of similarities with the second concept – both of which are slathered in a chocolate brown with lighter accents. This one, though, forgoes the caramel accents on the door panels and seat bolsters and adds white center seat sections with diamond stitching.

While fans themselves aren’t able to go on and build their own custom Regera, these employee-designed models give us a better look at some of the available options. Good news is, the Swedish niche marque says it will have a configurator up and running "hopefully in the not-too-distant future." Hopefully by the Geneva Motor Show next month if we're lucky.

For now, we’ll have to continue to gawk at the beauty of these three custom creations. Considering only 80 examples will be built annually at its facility in Angelholm, it’s unlikely that you’ll see one of these on the streets when production begins.