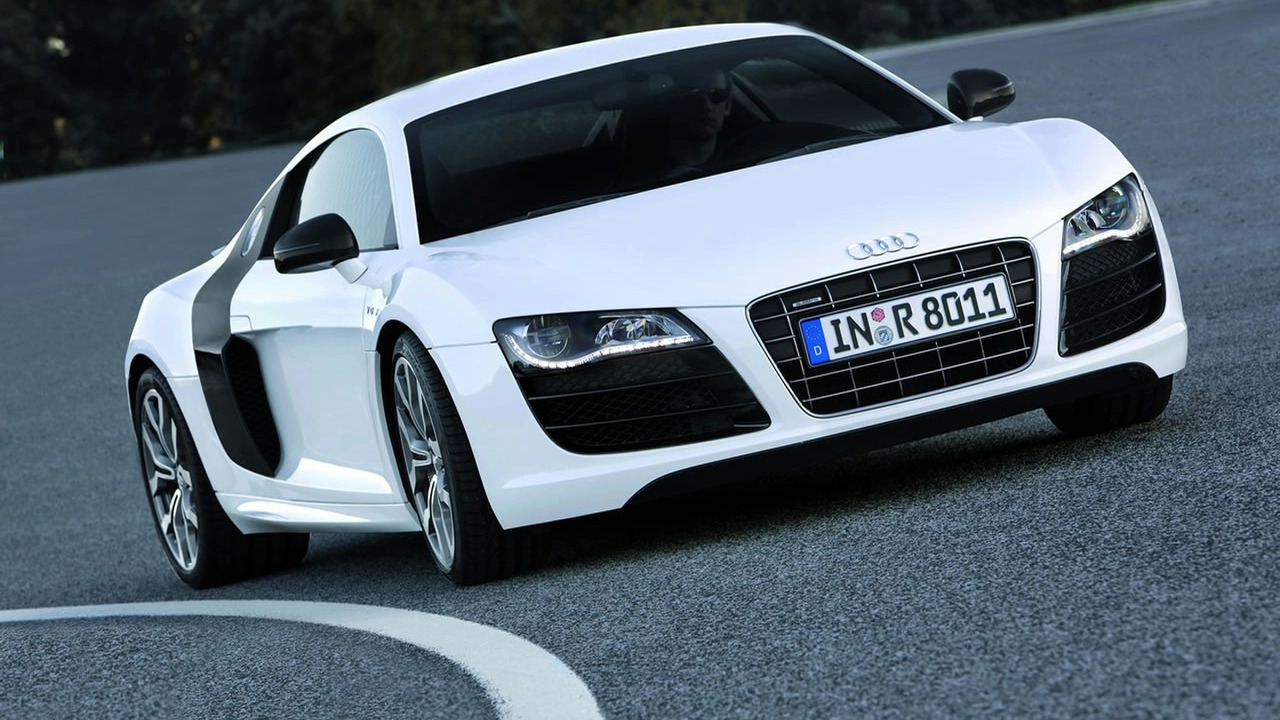 Audi is launching the 5.2-litre R8 V10 in Germany during in the first quarter of 2009 at the price of €142,400. Two transmissions are available as well as a Bang & Olufsen sound system.

Two transmission options are available; a 6-speed manual transmission and an R tronic sequential gearbox that can be actuated via paddles or the gear lever. R tronic can also be set to change gears automatically. There is a launch control application for both transmissions. Quattro AWD sends power to all four 19-inch wheels (with a rear-wheel bias), which are planted to the ground via 235/35 front tyres and 295/30 rear tyres. Customers have the option of buying ceramic brakes to go with them.

The interior is fitted with fine Nappa leather seats, a Bang & Olufsen sound system and other optional extras that include a Bluetooth interface, front spoiler, a rear diffuser and side blades.

It's been quite a journey for the R8 V10, from the various spy pictures to the infamous spy video where the test car accidentally caught fire at the Nurburgring right up until it was officially detailed in early December 2008. That journey ends when it becomes available in Germany from the second quarter of 2009 at a base price of €142,400 (US$183,000).