The World Car Awards also announced the finalists for its other categories, including luxury, performance, green, urban, and design.

The organizers of the World Car of the Year are now announcing the finalists for the international award and its various sub-categories. We’ll find out the winners on April 13 at the New York Auto Show.

With six out of the ten finalists, Volkswagen Group has a stranglehold on the main category for 2017 World Car of the Year. The vehicles that could take home the trophy are:

VW Group only has a single entry on the list of five finalists for World Luxury Car, though. European brands dominate the list that consists of:

European marques are equally dominant among the finalists for the 2017 World Performance Car honor. The potential winners are:

In fact, the list of finalists for 2017 World Green Car is the only one where European brands don’t dominate. There’s not a single one among the potential winners, which are:

This is the first year that World Car organizers are offering an award for World Urban Car. Many of the finalists aren’t available in the United States. The models up for the honor are: 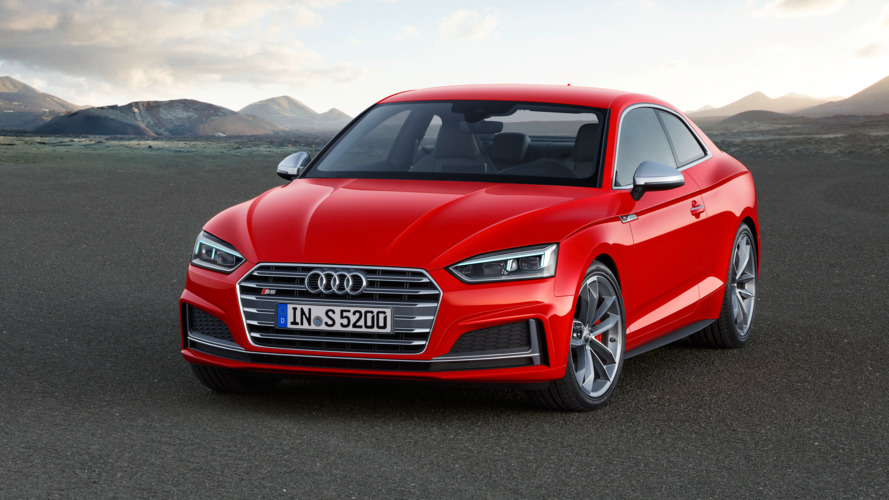 Finally, the organization is selecting five finalists for 2017 World Car Design of the Year. After 75 international automotive journalists vote on the vehicles for rest of the honors, six styling experts then pick from those models for this trophy. The Mercedes-Benz S-Class Cabriolet can make the list because these judges can also select other vehicles as long as more than 10 of them are sold in a major market. This year there are a mix of products from Europe and Japan. They are:

The Road to the World Car continues with today’s announcement of the finalists in six award categories.
This release kicks off the countdown for the 2017 World Car Awards (WCA) prize‐giving ceremony to be hosted by the
New York International Auto Show on Thursday, April 13, 2017. Winners of the 2017 World Car of the Year, World
Luxury Car, World Performance Car, World Green Car, World Car Design of the Year and the inaugural World Urban Car
will all be declared at this time.
2017 marks the fourth consecutive year that the World Car Awards have retained their ranking as the number one
automotive awards program in the world in terms of media reach.
The Global Trends Report, presented annually by Prime Research and Autoneum, will also be announced during the New
York show press conference and media breakfast hosted by Bridgestone Corporation. The report is the culmination of
research and insights across the past six months.
A jury of 75 distinguished international automotive journalists selected the following finalists by secret ballot based on
their evaluation with each candidate as part of their professional work. For more details about our jurors and their
outlets, please visit our web site:  www.wcoty.com and click < Jurors.
The international accounting firm KPMG tabulated the jurors’ ballots; then announced the finalists today.
The 2017 World Car of the Year will be selected from the following 10 finalists listed in alphabetical order.
‐ Audi A5 / S5 Coupé
‐ Audi Q2
‐ Audi Q5
‐ Fiat/Abarth 124 Spyder
‐ Honda Civic
‐ Jaguar F‐PACE
‐ Mazda CX‐9
‐ Skoda Kodiaq
‐ Toyota C‐HR
‐ Volkswagen Tiguan
The 2017 World Luxury Car will be chosen from one of these top five finalists:
‐ Bentley Bentayga
‐ BMW 5 Series
‐ Genesis G90
‐ Mercedes‐Benz E‐Class
‐ Volvo S90 / V90
The 2017 World Performance Car top five finalists are:
‐ Aston Martin DB11
‐ Audi R8 Spyder
‐ Honda / Acura NSX
‐ McLaren 570s
‐ Porsche Boxster Cayman
The 2017 World Green Car top five are:
‐ Chevrolet Bolt
‐ Honda Clarity Fuel‐Cell Car
‐ Hyundai Ioniq
‐ Tesla Model X
‐ Toyota Prius Prime
The 2017 World Urban Car top five are:
‐ BMW i3 (94 Ah)
‐ Citroen C3
‐ Ford KA+
‐ Smart Cabriolet
‐ Suzuki Ignis
Cars eligible for the 2017 World Car Design of the Year award are taken from the list of World Car candidates or may be
included as a stand‐alone entry provided the vehicle is available in quantities of at least 10 in one major market during
the period beginning January 1, 2016 and ending May 31, 2017. Candidates may be pre‐production or all‐new
production.
A design panel consisting of six highly respected world design experts was asked to first review each candidate, and
then establish a short‐list of recommendations for the jurors.  The design experts are in alpha order:  Masatsugu
Arimoto (Japan – Freelance design journalist), Anne Asensio (Vice‐President, Design ‐ Dassault Systemes), Gernot
Bracht (Germany – Pforzheim Design School), Patrick le Quément (Designer and President of the Strategy Committee ‐
The Sustainable Design School), Sam Livingstone (U.K.  ‐ Car Design Research and Royal College of Art) and Tom Matano
(USA ‐ School of Industrial Design at Academy of Art University in San Francisco)
The five finalists chosen for the jurors are:
‐ Audi A5 / S5 Coupé
‐ Jaguar F‐PACE
‐ Mazda CX‐9
‐ Mercedes S‐Class Cabriolet
‐ Toyota CH‐R
The Road to the World Car began in Paris on September 29, was followed by a five day stop in Los Angeles for test‐
drives in November, and continues with today’s finalists’ announcement. The next stop is at the Geneva International
Auto Show on Tuesday, March 7 when the top three finalists in all categories will be announced.  The journey ends at
the New York International Auto Show on Thursday, April 13, 2017 when all winners are declared.
The World Car Awards is more than just an awards program. World Car has a dual mission of celebrating the best of
today and inspiring the best of tomorrow with a focus on excellence and innovation on a global scale. Our community of
experts connects, influences and ultimately tells the stories of the cars, their technologies and their role in our world.
This important connection is also how we seek to drive innovation
As the global nature of the industry continues to strengthen, and the pace of innovation continues to accelerate, World
Car is proud to be a part of this amazing journey along with the New York International Auto Show, Prime Research,
Autoneum, Brembo S.p.A, Bridgestone Corporation, KPMG and Newspress – our official media partner.