We have to take these numbers with a grain of salt for now, but the specs line up with rumors about Ferrari's plans for the updated F12.

Multiple batches of spy photos show that Ferarri has an updated F12 Berlinetta under development, but everything we know about it comes from speculation – at least until now. A member of the Ferrari Chat forums has claimed he was present during a private showing of the revised F12 at the Prancing Horse’s Fiorano test track, and the company allegedly let loose a bounty of facts about the upcoming model.

Ferrari's presentation reportedly kept performance specs somewhat vague for the updated model. However, it reported 62 miles per hour (100 kilometers per hour) coming up in less than 3 seconds, and 124 mph (200 kph) arriving in less than 8 seconds. 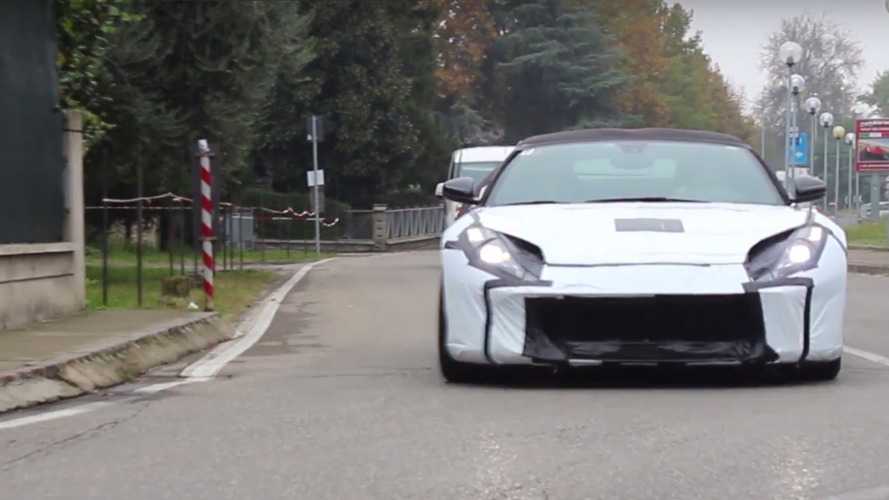 The Prancing Horse allegedly has other mechanical updates ready to retain the F12’s place as one of the ultimate grand tourers on the road. A retuned transmission reportedly upshifts 30 percent quicker and downshifts 40 percent quicker. As suspected, the revised model also has the latest version of the brand’s rear-wheel steering system. We’re also curious how a new electric steering rack affects the handling.

The forum member also tried to describe how the updated F12's design. A revised front end has a more aggressive overall look and new LED headlights . The “rear diffuser looks like it is floating off the back,” this person wrote. The cabin also features a “new passenger display” that’s 8.8-inches wide.

According to this person, Ferrari had two examples of the new vehicle on display: a model and a fully functional car. We don’t yet know when the Prancing Horse is staging a public debut for the updated F12, but having a completed version suggests it might be soon. The Geneva Motor Show is about a month away, so the international event could be perfect for a premiere.