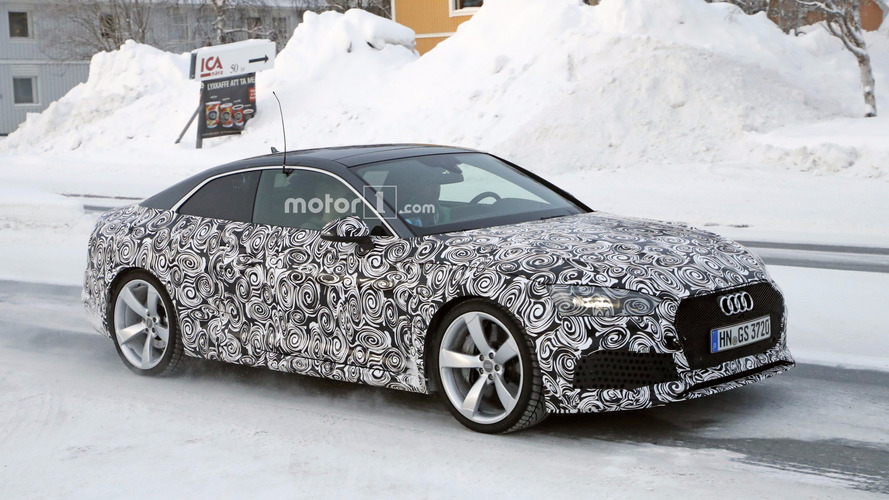 The hotted-up coupe will be more powerful than ever.

UPDATE: An Audi representative reached out to Motor1 about some incorrect information in the original version of this article. The previous versions stated: "Stephan Reil, engineering boss of Audi's Quattro GmbH division, revealed in last year the new RS4 and RS5 models are going to be powered by Porsche’s biturbo 2.9-liter V6. In the Panamera 4S, the engine develops 440 horsepower (324 kilowatts) and 406 pound-feet (550 Newton-meters), but the forthcoming RS models from Audi Sport will actually be stronger." Our source within the company has clarified that the RS5 will, "definitely have an Audi developed engine." The text has been changed to reflect this update.

A pair of Audi RS5 Coupes has been spotted undergoing last-minute testing ahead of the model’s reveal likely set for next month at the Geneva Motor Show. We are making this assumption based on the fact that an insider has told us the model is destined to enter production in June, so March seems like a safe bet for an official premiere. According to the same source, the RS4 Avant will hit the assembly line in December, which likely means it will bow in Frankfurt this September.

The slideshow also showed the RS5 Coupe will run to 62 mph (100 kph) in less than four seconds before topping out at an electronically limited 155 mph (250 kph). Expect Audi Sport to offer an optional package featuring a less restrictive limiter that will kick later, at 174 mph (280 kph).

Knowing Audi and its evolutionary design approach, it’s not that hard to imagine what’s hiding underneath the swirly camouflage of these two prototypes flaunting their RS-spec dual oval exhaust tips. Our own speculative render attached here likely paints a very accurate picture of what to expect from the real deal.

Following the launch of the RS5 Coupe and RS4 Avant, Audi will then gear up to introduce the RS5 Convertible and a first-ever RS5 Sportback. These two are expected to arrive at some point next year. 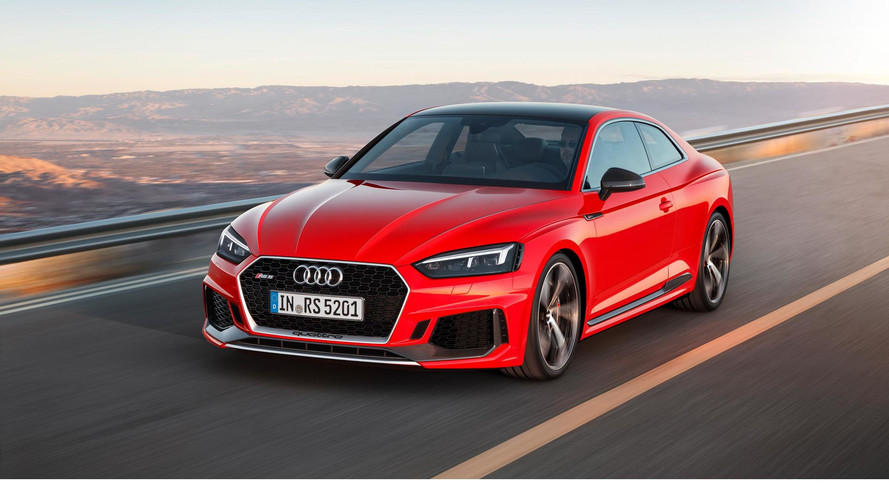