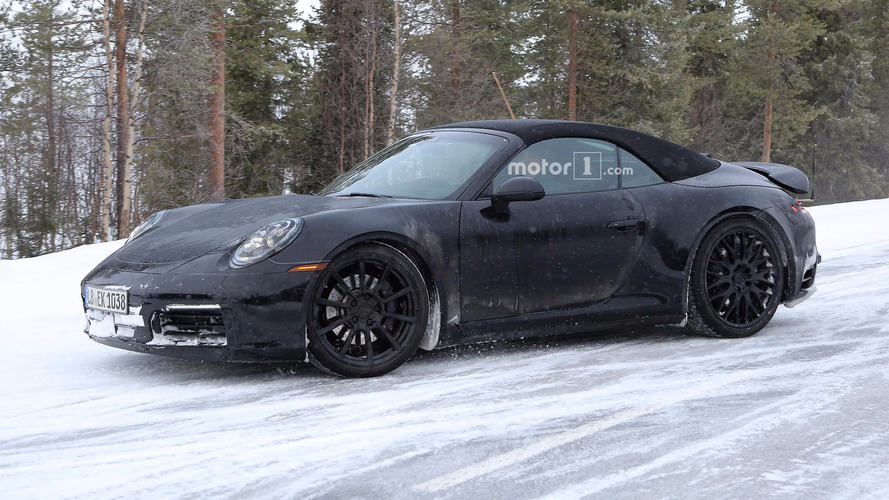 The meaty rear fenders give the droptop a voluptuous appearance.

Shortly after seeing the next-gen Porsche 911 coupe undergoing cold-weather testing, we now get to see the future Cabriolet enduring the same rigorous development.

Porsche continues its tradition of keeping the front-end design of the coupe and cabrio the same. Both models have revised LED headlights, and the new contours in the hood evoke the look of classic 911s. There are also larger openings in the fascia and thinner LED running lights. The result is an attractive evolution of the already handsome 991-generation.

In profile, you can actually start to see the differences because the folding top is visible. The top maintains the coupe’s sleek roofline at the expense of a smaller side window at the back. The slight upward curve where the convertible folds into the back is a staple of Porsche design and continues to look great here.

At the back, the wide fenders give this car beautiful hips. The folding roof forces there to be a slightly different design for the rear decklid so that there’s a place to stow the roof. This Cabriolet also features the same Mission-E-inspired wraparound taillights as the coupe. We hope Porsche finds a way to better integrate the high-mounted brake light because the current location ruins the smooth styling at the back. The pair of dual exhausts fills up the space in the diffuser much better than the set of single outlets in the previous spy shots, too.

Look for a hybrid 911 to join the powertrain range in the next-generation model. For the time being, weight concerns are keeping Porsche from developing a fully electric version.

We expect Porsche to debut the new 911 in the latter half of 2018. Meanwhile, the company is still working on major upgrades for the current model. For example, spy photos show a manual gearbox in the refreshed GT3, and rumors indicate that it gets 4.0-liter flat-six to replace the present 3.8-liter mill. For those looking for even more power, the GT2 reportedly has 650 horsepower (485 kilowatts) going to the rear wheels through a seven-speed dual-clutch gearbox. It’s possible that both of these could debut over the course of 2017. 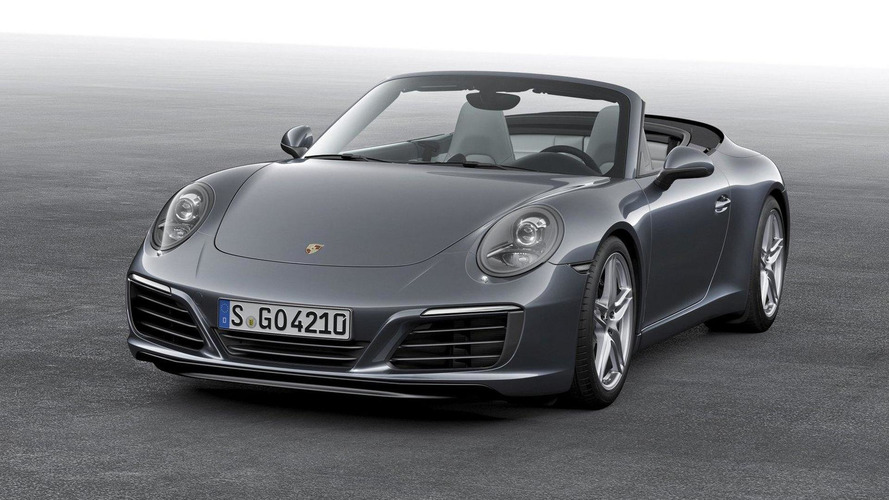