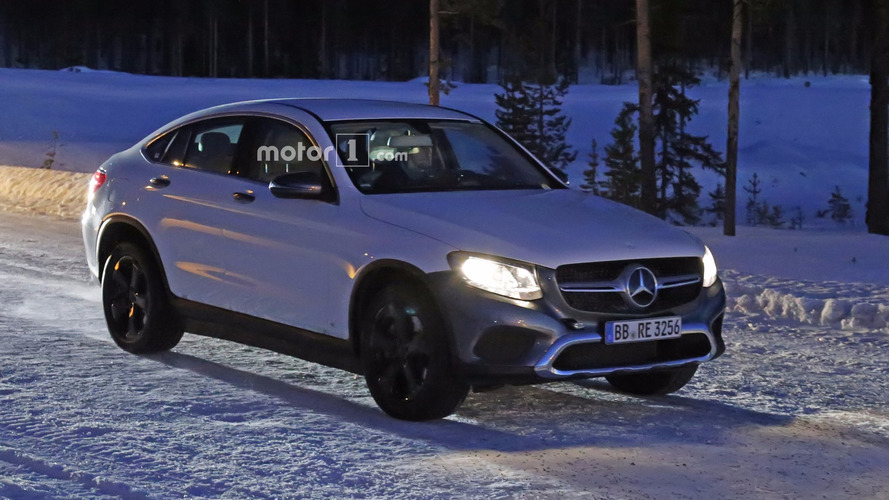 The EQ concept will morph into a production car before the end of the decade.

Introduced last September at the Paris Motor Show, the Generation EQ concept was Mercedes’ way of telling us it’s working on an extensive family of all-electric models. The first of the “EQ” bunch will arrive towards the end of the decade and will take the shape of a crossover in the same vein as the showcar unveiled in the “City of Light.”

The German premium marque has kicked off the testing phase of its zero-emissions crossover with a pair of GLC Coupe mules captured by the spy camera in northern Scandinavia. Mercedes was performing preliminary testing of its brand new EVA platform set to underpin a variety of electric models destined to be offered in various body styles and sizes. We already know the EQ crossover (pictured below in concept form) will be followed by a total of nine other models by the middle of the next decade.

These ambitious EV plans will all materialize following a massive €10-billion investment made by parent company Daimler in the development of a new platform set to be shared by all ten cars. By 2025, Mercedes expects sales of electric vehicles to account for 15 to as much as 25 percent of total deliveries. The identity of the other EVs bound to join the newly founded EQ sub-brand has not been disclosed, but at least one sedan is likely in the offing along with a couple of SUVs.

The Smart brand will also take advantage of the new hardware, with Daimler’s R&D boss Thomas Weber promising future models will be able to travel for as much as 435 miles (700 miles) on a single charge.

Meanwhile, the Mercedes S-Class facelift in the plug-in hybrid guise due later this year will benefit from a jump in electric range from 11 to 31 miles (18 to 50 km).