2018 VW Touareg spied with less camouflage than ever 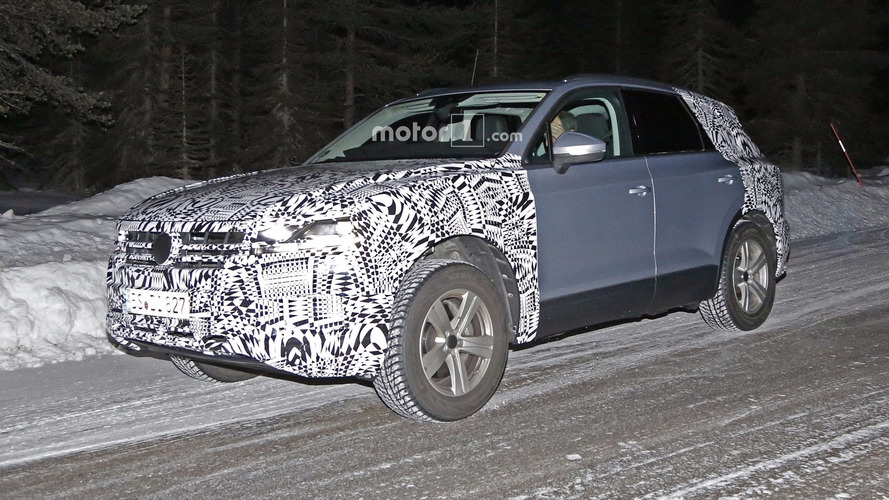 The "poor man's Audi Q7" is inching closer to production.

Introduced about seven years ago, the second-gen Touareg is one of the old dogs of the SUV segment, but thankfully VW is now putting the finishing touches on an all-new model. A near-production prototype was spotted at night by our spies based in northern Sweden and it had less camouflage than ever. In typical VAG fashion, the designers are playing it safe with the Touareg’s exterior by taking the evolutionary route rather than giving the midsize luxury SUV a complete makeover.

While the styling would probably make you say it’s a facelift rather than a whole new model, underneath the familiar sheet metal is going to be a vastly different hardware. The third-generation Touareg is going to be underpinned by the same MLB Evo platform as the latest Audi Q7, as well as the forthcoming Porsche Cayenne and Lamborghini Urus.

Switching to new hardware will enable a considerable weight loss that will pay dividends in terms performance and fuel efficiency. Despite going on a strict diet, the next Touareg will likely be a tad bigger than the outgoing model and should provide more space for passengers sitting in the back thanks to a slightly stretched wheelbase. The expected increase in size should also free up more space inside the trunk.

While this test vehicle had an analog instrument cluster, it wouldn’t be far-fetched to assume the production model is going to be offered with an all-digital Active Info Display setup in the same vein as the Passat. Interestingly, VW was trying to hide the cabin’s rear compartment as the windows of both rear doors had a full tint.

Positioned above the seven-seat, MQB-based Atlas in terms of pricing, the 2018 Touareg is said to move more upmarket and come with a standard all-wheel-drive layout. It’s going to get the very best VW has to offer in terms of infotainment and will likely pack an assortment of latest-generation tech to further differentiate itself from the more attainable non-premium Atlas.

The bread and butter of the engine range will consist of four-cylinder engines, but larger six-cylinder units are also in the offing along with a thrifty plug-in hybrid powertrain duet to arrive at a later date. For obvious reasons, don’t hold your breath for a diesel-powered Touareg to land in the United States.

VW will probably host the world premiere on its home turf at the Frankfurt Motor Show in Germany in mid-September, but an online reveal might occur several weeks earlier.