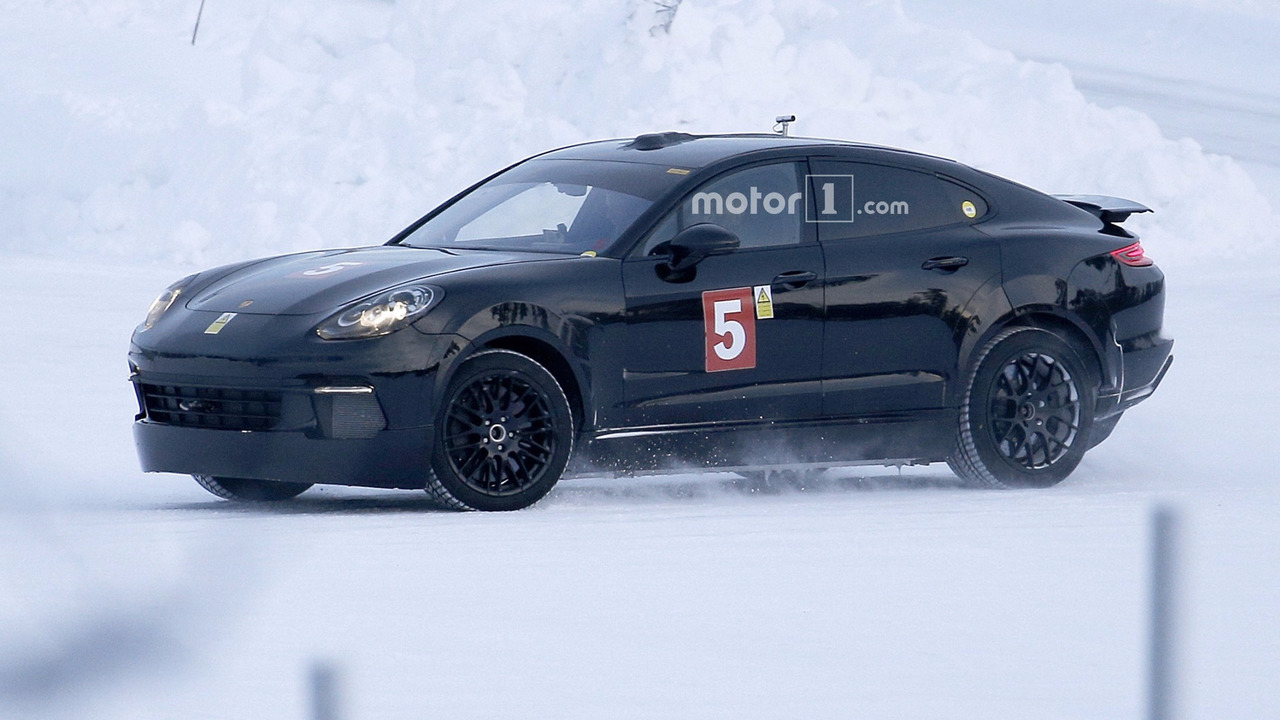 We are almost positive we’re looking at the Porsche Mission E in the making judging by the fact that one of the prototypes had a considerable amount of snow within the exhaust finisher. It means there wasn’t anything coming out of there, hence “Yolanda” was running entirely on electric power, otherwise the snow would have melted or would’ve been blown away.

Another giveaway is the jacked-up stance to make room for the battery stack mounted underneath the body. In addition, both of them had yellow electric propulsion warning stickers glued onto some of the panels, hence furthermore revealing the zero-emissions powertrain. The Panamera trio also had a weirdly positioned cap on the front-left fender, but that was actually part of a fake add-on panel applied onto the real fender.

Now that that’s settled, the Mission E is currently being developed and tested under the “J1” codename and will go on sale at some point in 2019. The all-electric sedan will ride on a new platform developed by Porsche specifically for the EV, which we already know will remain faithful both in terms of design and specs to the gorgeous concept shown in 2015 at the Frankfurt Motor Show.

The Mission E concept was fitted with a production-intent Porsche Turbo Charging system capable of charging the battery pack to an 80-percent level in just 15 minutes.

To have it ready for a 2019 launch, Porsche is hiring more than 1,400 people and is investing €700 million to establish a new assembly plant as well as a paint shop. Some of the money will also go into the expansion of the engine factory and body shop, while the Weissach center is also receiving additional funds to boost development of the Mission E.