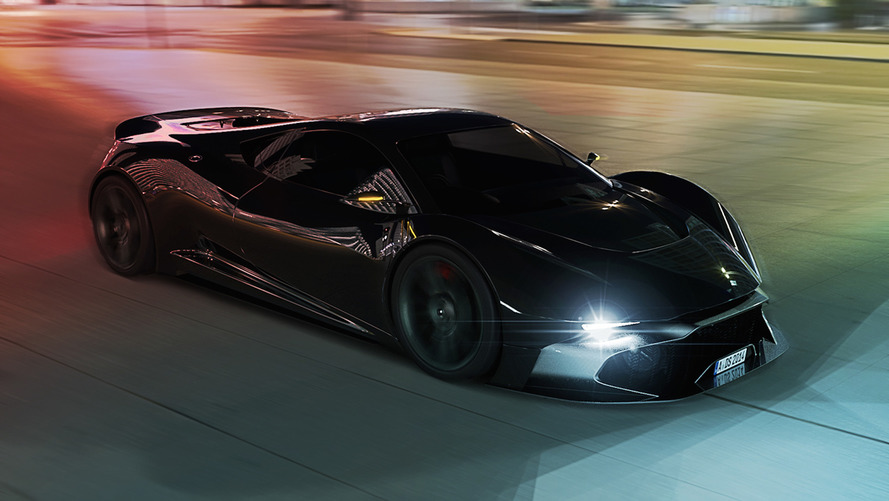 The AM-RB 001 and Vulcan need a baby brother.

The arrival of the Aston Martin Vulcan and eventual AM-RB001 are thrusting the legendary British automaker headlong into the future. Both cars come pre-loaded with more than 800 horsepower (596 kilowatts), and enough aerodynamic bodywork to make a space shuttle blush. But one designer thinks a third supercar could form the perfect triage of performance and style within the lineup.

French rendering artist Adrien Fuinel came up with the handsome concept car you see here. He calls it the Aston Martin RR, and while shares a number of cues with the Vulcan, it comes paired to a sleeker, more road-friendly body that falls in line with the rest of the cars in the lineup, including the new DB11.

Like most good supercars before it, the engine of the RR concept would be placed in the back. Though Fuinel didn’t specify exactly what would power this beastly machine, we assume it would be the same V12 found on most Aston Martin products, likely with a hybrid powertrain similar to the Vulcan.

The design is smooth and sophisticated, borrowing the Vulcan's grille for a pinch of added aggression. The side profile is aerodynamic and streamlined, and gives way to an sculpted rear with an integrated lip. It remains to be seen if anything like this would ever reach the production line, but it looks cool nonetheless.

For now, Aston Martin buyers will have to make do with the lowly 800-horsepower (596-kilowatt) Vulcan, and the 200 mile-per-hour AM-RB 001. The latter of which will make its production debut sometime within the year. For those looking for something with open-top capabilities, a new DB11 Volante is also making its debut this year.