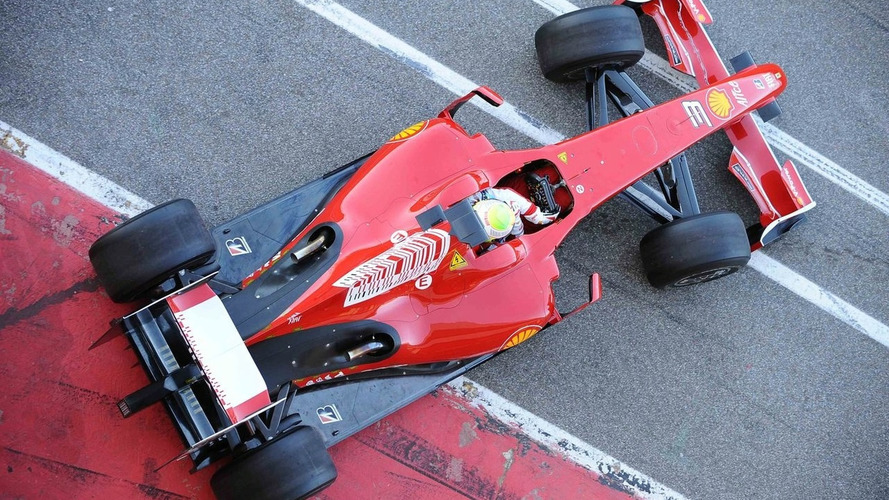 Ferrari, albeit a fierce critic of the new energy re-use technology, worked on an innovative solution for its 2009 KERS system.

Ferrari, albeit a fierce critic of the new energy re-use technology, worked on an innovative solution for its 2009 KERS system.

The Swiss publication Motorsport Aktuell reports that, parallel to a more conventional in-house project, engineers at Maranello devised a system whereby the KERS batteries were located in the front nose of the F60 single seater.

The solution would have negated one of the teams' main concerns about deploying KERS in 2009: that the location of unwanted ballast in the centre of the car disrupts the ideal weight distribution towards the front.

During initial testing of the new Ferrari, reports indicated that one of the problems encountered was in the area of the front wing.

The front nose solution for KERS would also have resulted in the need for high-voltage cables to run through the cockpit.

The saga goes some way to explaining Ferrari's negative attitude about the entire KERS deployment, given the vast sums of money spent already by the team.

Toyota has already announced that KERS will not be fitted to its TF109 in Melbourne, and with two months to go until the season opener, most other teams are undecided.

Toyota's chassis boss Pascal Vasselon told ITV: "At the moment our estimation is that KERS will be detrimental on almost all circuits, because of the weight and the difficulty to manage braking."