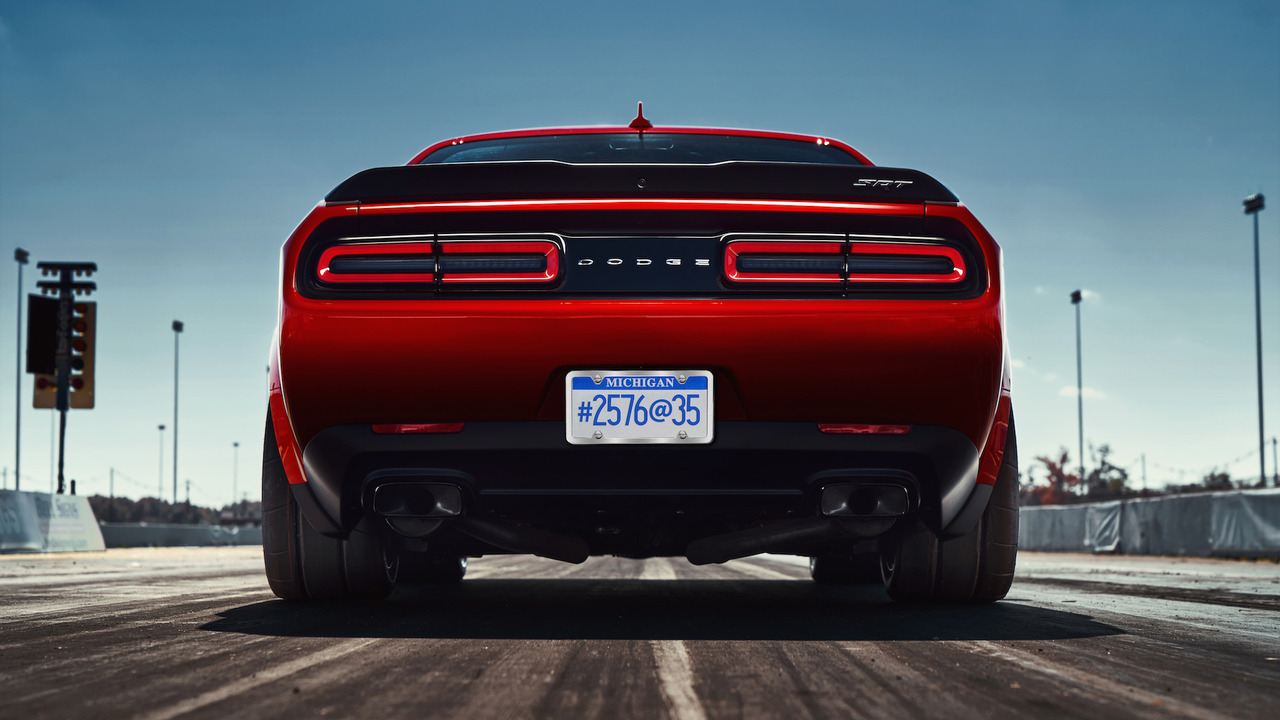 Because who needs passengers, right?

Dodge already teased the fact that the upcoming Challenger SRT Demon will shed at least 200 pounds of weight, and now we’ve got the skinny on exactly how that weight loss will be achieved. All told, Dodge officials said today the Demon will be 215 pounds lighter than a Hellcat.

Basically, everything that isn’t involved in getting the driver in place comes out. There’s no back seat, for instance, shedding 55 pounds, and ditching the passenger seat (yes, really) cuts another 58 pounds. Switching to a manual tilt-telescope steering wheel saves 4 pounds, and eliminating lots of sound-deadening components eliminates another 18 pounds of mass. Smaller, hollow anti-roll bars shave 19 pounds; smaller brakes (four-piston front calipers on 14.2-inch discs instead of six-piston calipers and 15.4-inch discs in the Hellcat) drop 16 pounds; and new 18x11-inch wheels with open lug nuts cut another 16 pounds.

Dodge engineers also removed all but two speakers from the car, as well as all the wiring and amplifiers necessary for the original sound system, to trim 24 pounds. Other parts, like the trunk lining and spare tire, were also scrapped to help add up to the final diet amount.

That’s all we can share so far about the Demon, but suffice it to say Dodge won’t be shy about teasing more details over the coming weeks. Expect another video teaser every week, followed by a full reveal at the New York Auto Show in April.