Malaysia paving roads with rubber to give economy a bounce 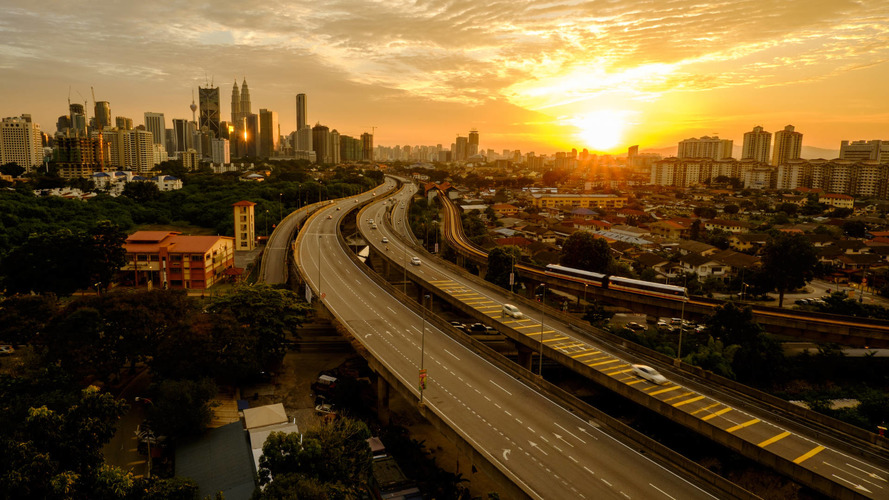 The rubberized roads cost 16 percent more but could be cheaper over time because of lower maintenance.

We are all used to driving on rubber tires, but the Malaysian government is enacting a project for putting the bouncy substance directly into the roads this year. The move lets the country’s economy mitigate falling rubber prices for its domestic producers and benefit from more resilient highways at the same time.

“As per the prime minister's directive, we will be working hand-in-hand with the International Trade and Industry Ministry to ensure good prices and sustainable demand for palm oil and rubber, among others,” Plantation Industries and Commodities Minister Datuk Seri Mah Siew Keong told New Straits Times.

The minister estimates the rubberized asphalt roads cost around 16 percent more to build than the traditional paving method. However, high durability means less maintenance and potentially leads to lower overall prices than regular asphalt in the long term.

Malaysia has around 410,000 small rubber producers, and government’s plan would purchase the raw material directly from them. According to Paultan, the new strategy could increase rubber demand in the country by around 10 percent.

A process would then mix it with the asphalt to create the new paving material. Leaders are still deciding exactly where to put the rubberized roads, and they plan to target small towns and sections of major highways.

Using rubberized asphalt for roads isn’t a particularly new idea. Several places in the United States already do it, and Arizona seems especially supportive of the method, particularly around the city of Phoenix. Unlike Malaysia, there are few, if any, rubber trees in the state, so producers there get the material by recycling old tires.  Each lane-mile of road requires about 1,500 tires, which means re-paving a 10-mile section with three lanes each way keeps 90,000 of them out of landfills.

Other News about Roads: