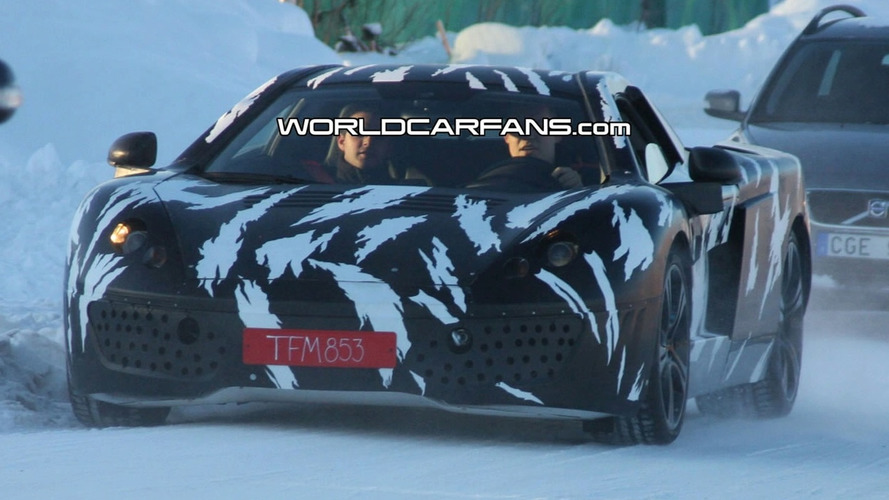 McLaren's P11 is a Ferrari and Lamborghini competitor that's due to break cover some time soon for a 2010 debut; it's been spotted undergoing a winter test in Sweden.

McLaren's elusive P11 has moved from the realm of rumor into reality with spy photos of the first prototype caught testing. Tentatively scheduled to be officially introduced in the spring with production beginning in 2010, the P11 is McLaren's replacement for the SLR, a Ferrari F430 competitor. A successor to the McLaren F1 is also reportedly in the works.

Details on this car, caught here winter testing in Sweden, are naturally sketchy, but the heavily-camouflaged silhouette does resemble the renderings that have leaked over the past few months. No specific details have been released, but current speculation calls for the lightweight supercar to be powered by a Mercedes-sourced V8 pumping out around 550bhp, possibly hooked up to an F1-style quick-change transmission.