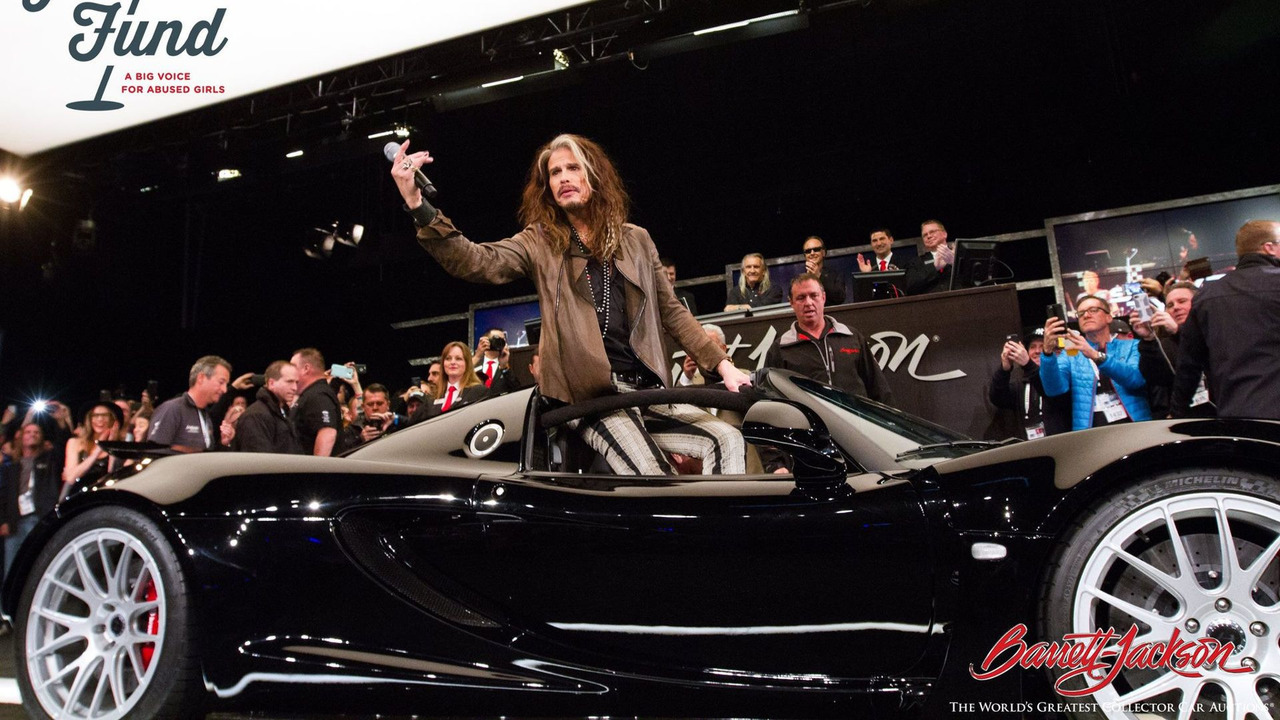 All of the proceeds went to charity, of course.

Hennessey announced just last week that its iconic Venom GT would be going the way of the dodo. That means trying to get your hands on one of the world’s fastest cars will be even more difficult than usual – and more expensive. But one lucky buyer recently walked away with a Venom that has a bit history behind it.

At the Barrett-Jackson Scottsdale auction, rock and roll legend Steven Tyler’s Venom GT Spyder sold for a whopping $800,000. It came with a guitar signed by the entirety of Aerosmith, a week's vacation at Tyler's Maui beach house, and of course, all of the money benefitted Janie's Fund, a charity that works with abused girls, and was inspired by the 1989 hit, "Janie's Got a Gun."

Inside, a black leather finish is accented by red stitching and a custom teardrop logo similar to one of Tyler’s tattoos. A custom sound system by JL Audio was also fitted to make sure you can blast "Love in an Elevator" over the sound of that V8. Thought it didn't make our list of "10 Most Expensive" from the Arizona auctions that weekend, it's still an impressive piece of machinery nonetheless.