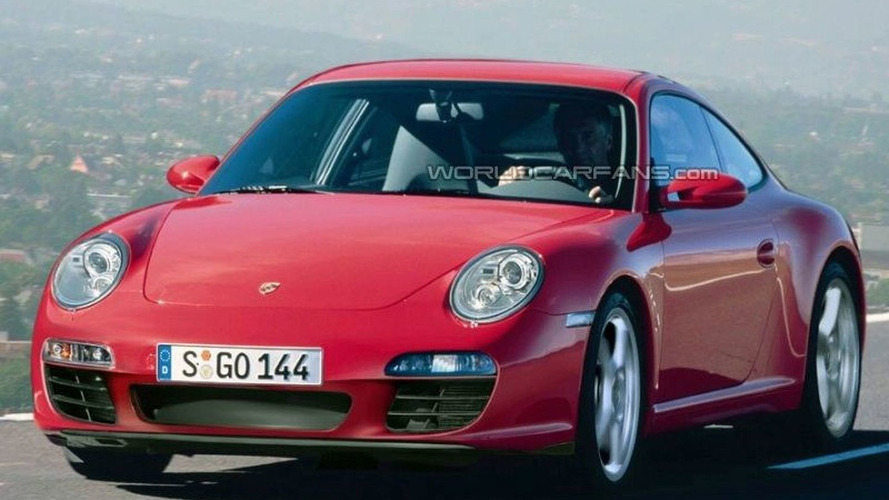 We received an email this afternoon from a loyal WCF reader with a very official looking PDF file attached. In its contents were details for all of the Carrera, Carrera S, Carrera 4 and Targa variants of the facelifted 2009 Porsche 911 except for the GT2, GT3 and Turbo models. With a little due diligence, we soon discovered the document had already been circulating around Porsche enthusiasts forums. Nonetheless, we're happy to pass on the info.

In the lighting department LED daytime running lights and side lights plus redesigned LED rear lamps are added, and bi-xenon headlamps become standard on 3.6-liter models.

For the interior, the center console is restyled in black finish with modified air-conditioning controls and fewer switches. Navigation data is accessed via hard drive and the TFT display screen increase in size from 5.8 to 6.5 inches as well as touchscreen functionality. Sport Chrono Package Plus in conjunction with the PDK transmission gets new functions:

Production for the European 2009 Carrera started four days ago with point of sales starting July 5. However, North America and the rest of the world have to wait until September 20. Worldwide sales for the Carrera 4 and Targa will start October 25.