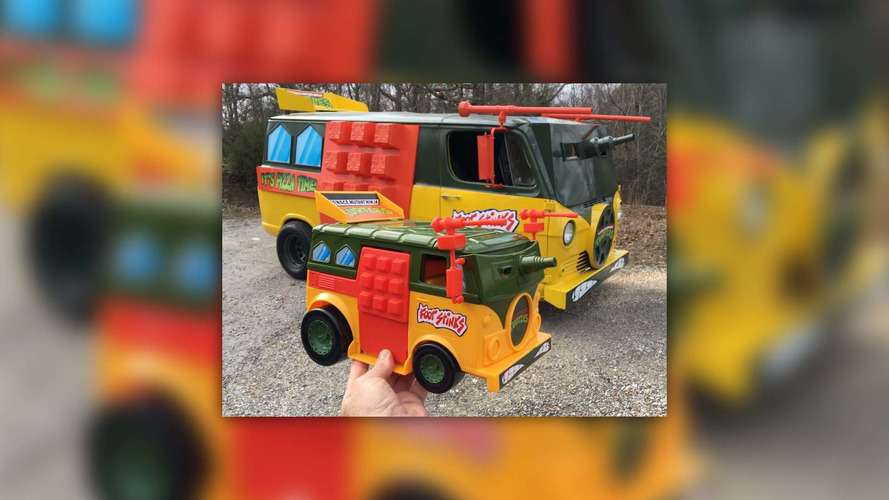 Remember the TMNT toy van you loved as a kid but lost years ago? This guy built a real-world replica, and it's awesome.

If you were a kid who grew up in the late 1980s or early 1990s you might have spent hours playing with the Teenage Mutant Ninja Turtles’ van called the Party Wagon (original commercial below). Now, Rusty Robinson has brought that awesome toy to life with his life-size recreation of Leonardo, Donatello, Michelangelo, and Raphael’s ride of choice. It’s on display with dozens of other pop culture vehicles at Rusty’s TV and Movie Car Museum in Jackson, Tennessee.

According to Robinson, the idea to build the Party Wagon was mostly out of demand. Kids were asking for it, and Robinson put up a poll on Facebook about two years ago asking whether he should build the classic toy or the version from the modern Michael Bay movie franchise. “It was a blow out,” he told Motor1. People wanted to see the original van in the real world.

Robinson started looking for a boxy van for the conversion, and he eventually found a 1965 Chevrolet near his shop. Once work was underway, Robinson said it only took around eight months of building the project off and on to complete the Party Wagon.

The hardest part of the project was engineering the giant outward swinging door in the side that the Ninja Turtles’ call the tenderizer. He mounted it to a huge metal hinge inside. Getting the bumps right on the outside required some ingenuity. He eventually found flowerpots with square bottoms, and cutting them down yielded the perfect shape.

Robinson can drive the Party Wagon when he wants. The panel with gun slit openings over the windshield is removable, so outward visibility isn’t as big of an issue as it might appear.

Robinson said he has only been done with the project for about a week, and he just displayed it at a comic book convention in Jackson, TN. The next part of the project is finishing the interior. The toy just has seats for the action figures inside, so there’s room to get creative. Robinson told Motor1 that he’s thinking about mounting bamboo panels inside and hanging the turtles’ weapons in there. Given the quality of the rest of this build, that could look really cool.