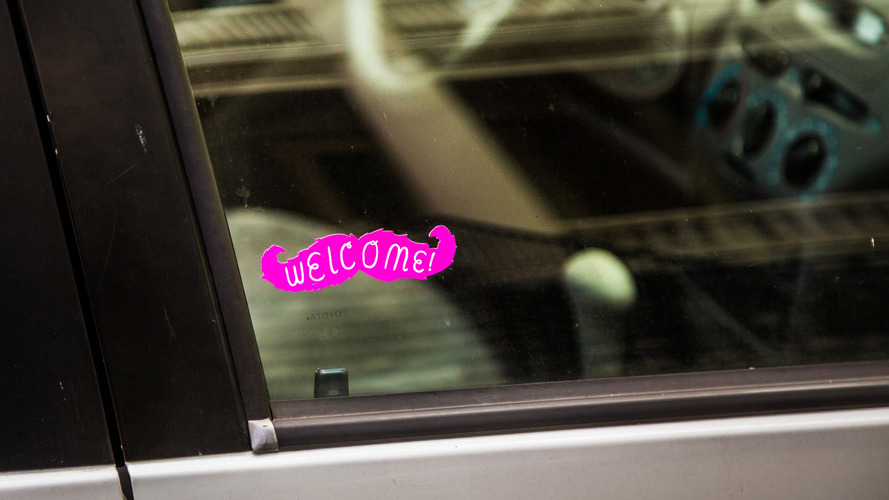 BMW: 'We were not prepared for this kind of thing.'

There's no doubt that the companies concerned about moving people around are concerned about how people move around under President Trump. Over the weekend, the President's executive order banning refugees and other travelers from seven Muslim-majority countries caused all sorts of havoc at airports around the U.S. Protests spontaneously broke out at several, and then the two major ride-sharing companies got into the act.

Lyft co-founders Logan Green and John Zimmer sent out an email over the weekend titled "Defending Our Values" that said Lyft wants the world to be, "diverse, inclusive, and safe." They wrote: "Banning people of a particular faith or creed, race or identity, sexuality or ethnicity, from entering the U.S. is antithetical to both Lyft's and our nation's core values. We stand firmly against these actions, and will not be silent on issues that threaten the values of our community." Putting money where their mouths are, the co-founders also announced a donation of $1,000,000 over the next four years to the American Civil Liberties Union. The company's quick response could help it win over customers thanks to a trending #deleteUber campaign.

That's because, in part, activists alleged Uber didn't react strongly enough to the ban, which went into effect early Saturday. After first only giving the ban, "mild criticism," Uber CEO Travis Kalanick wrote a response to what he called Trump's, "unjust immigration and travel ban" and said that Uber would provide legal support and compensation for lost wages for affected drivers. He also said he would, "urge the government to reinstate the right of U.S. residents to travel - whatever their country of origin - immediately." Kalanick was criticized last week for his ties to Trump and sits on the President's economic advisory board.

Aside from the citizen protests at airports, taxi drivers took a stand as well. The New York Taxi Workers Alliance called for a strike at JFK airport in New York and stopped pickups. Taxi drivers - known, of course, for their diverse backgrounds - have had their problems with Uber and Lyft, and this incident just propelled those tensions to the surface again.

It wasn't just the drivers who were unhappy. The #DeleteUber hashtag has been growing on Twitter and has been promoted by a number of celebrities.

Automakers have gotten into the fray as well. The CEO of BMW North America, Ludwig Willisch, said over the weekend that, "We would never think this would become any kind of an issue. This country is a melting pot, freedom of speech, everybody gets together and creates this great country. So, we were not prepared for this kind of thing."

Tesla CEO Elon Musk, who is also an economic advisor to Trump, said the ban was bad policy.

UPDATE: Ford is weighing in against the travel ban as well, with CEO Mark Fields and executive chairman Bill Ford releasing a statement to Automotive News that said:

Respect for all people is a core value of Ford Motor Company, and we are proud of the rich diversity of our company here at home and around the world. That is why we do not support this policy or any other that goes against our values as a company. We are not aware, to date, of any Ford employees directly affected by this policy. We will continue working to ensure the well-being of our employees by promoting the values of respect and inclusion in the workplace.

LATER UPDATE: Musk is now asking Twitter followers for suggestions on what to change: