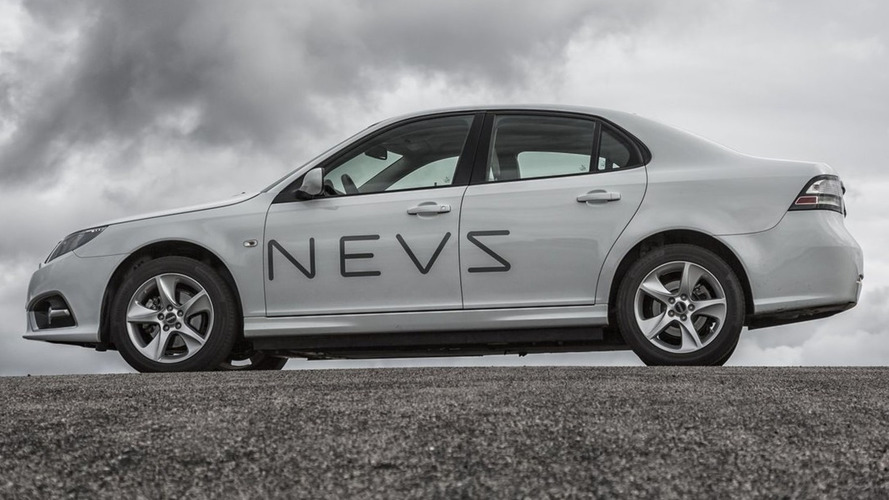 The first order of business is to deliver 150,000 9-3 electric sedans to Chinese company Panda New Energy.

National Electric Vehicle Sweden (NEVS) has received the stamp of approval from the Chinese National Development Reform Commission (NDRC) to kick off production of electric cars in Tianjin. The factory is currently under construction and it will be fully operational by the end of 2017. The assembly plant is going to have a maximum capacity of 200,000 EVs per year once it will be up and running at its full potential.

"I am very grateful for the approval we now have received for the electric vehicle production license. It is an extremely important milestone for NEVS, which is based on 70 years of Saab long history. It means that we can take the next step to realize our vision - to shape mobility for a more sustainable future."

NEVS' top priority will be to deliver an impressive number of 150,000 9-3 electric sedans to Panda New Energy, following a massive $12-billion deal signed between the two parties in December 2015. You won’t see the “Saab” name and griffin logo on these cars because NEVS does not own the rights to use the Saab trademark.

As a refresher, NEVS acquired the assets of bankrupt Swedish car manufacturer Saab in 2012, with ambitious plans for a full lineup of EVs. It didn’t go as planned, but now it seems there is a light at the end of the tunnel. NEVS also struck a deal with the Turkish government to allow them use the 9-3’s intellectual property rights.

NEVS is expected to unveil the production-ready 9-3 electric sedan later this year. Following the EV’s launch, the company hopes to create a “product portfolio of electric vehicles and mobility services globally” in the years to come. These future models might be underpinned by the Saab-developed Phoenix platform, which was supposed to serve as foundation for a new family of cars in the post-GM era, but the company went bust.