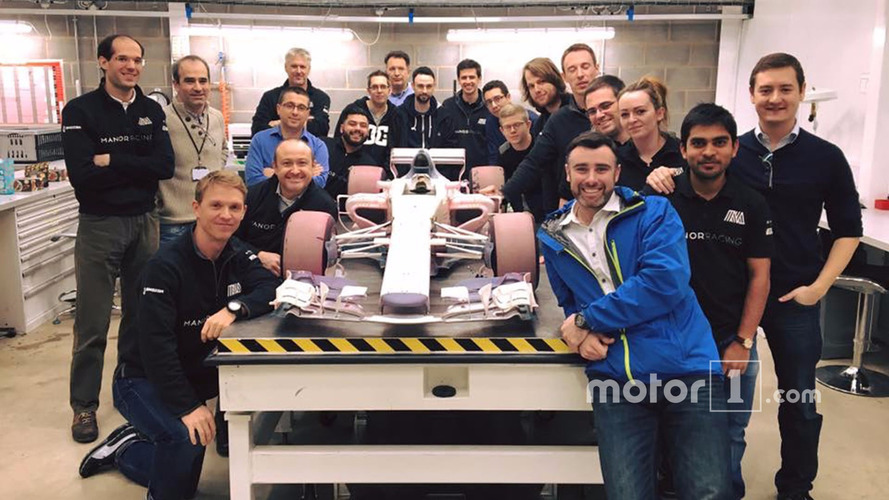 Formula 1 fans have been offered a first glimpse of what a 2017 Formula 1 car will actually look like, after a farewell image from Manor staff revealed its wind tunnel model.

Administrators for the Manor team announced on Friday that hopes of finding a buyer to save the team had faded, and the outfit was being shut down.

In a bid to say goodbye, staff that had worked on the aerodynamics – including wind tunnel technicians, chief designer Luca Furbatto and head of aerodynamics Nikolas Tombazis – posed with a 50 percent scale model of the MRT07 in a picture obtained by Motorsport.com.

The car has been used as part of the team's development programme in the Mercedes wind tunnel.

It is understood that the version on display was not the 2016 car adapted to the new 2017 rules, as the team could have entered had it found a last-minute buyer, but was instead the project it was planning to compete with before it hit financial trouble.

Although interpretations of the 2017 regulation have been made since the regulations were published, the Manor model is the first actual evidence of the direction teams are taking.

Here, Motorsport.com's Matt Somerfield explains in brief what the image shows us about the design choices:

The new front wing clearly features the deltoid shaping required of the regulations, but also shows how the team is trying a more aggressive outwash tunnel and cascade arrangement to displace airflow across and around the front face of the tyre.

The innermost inverted L-shaped cascades work the much talked about Y250 vortex which directs airflow around the front of the car, to prevent interference from the tyres.

The nose is broad like it was on the 2016 car, but terminates above the front wing's neutral section rather than beyond it, as the team looks to improve how the air moves down the car.

The airflow conditioners that flank the sidepods are retained and may have helped to improve flow around the now wider shoulder.

Concerns over visibility from the inboard mirrors may be realised too, as the the wider deltoid and cambered rear wing appear, at least from this forward facing image, to encumber the view.