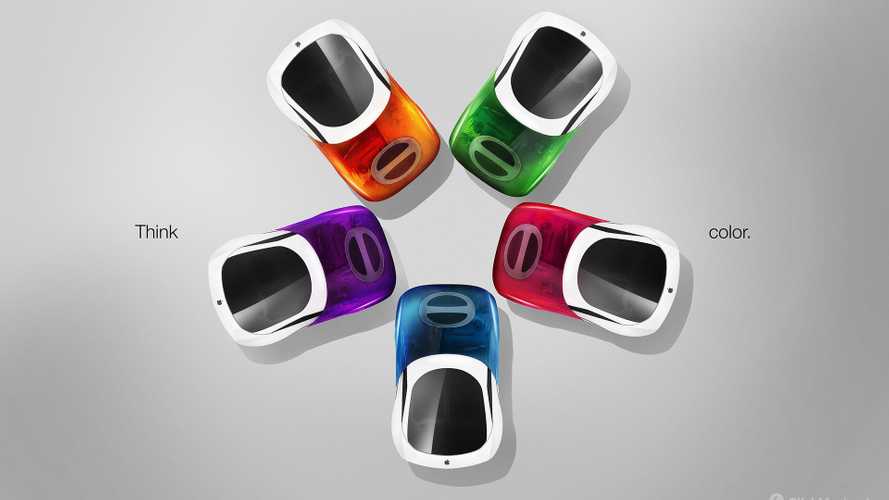 Imagine if the Apple Car actually happened, and the tech company took inspiration from its classic products.

After massive anticipation and countless rumors, the Apple’s often-discussed car project went out with a whimper instead of a bang last year. It’s still fun to imagine what the tech giant’s automotive project might look like, though. Rather than brainstorming the vehicle’s actual design, Click Mechanic has the novel idea of rendering the car with inspiration from classic Apple products. If the model is never going to exist anyway, this is a great way to put a fun spin on the idea.

The iCar Macintosh riffs on the original iteration of Apple’s venerable desktop computer. The angular design references the product but also evokes angular cars of the period like the DeLorean DMC-12. The beige exterior color isn’t sexy but perfectly mimics Apple’s product at the time.

The tech company eventually overhauled its design aesthetic, and the original Macintosh’s boxy shape gave way to a rounder aesthetic by the iMac G3. The iCar G3 rendering plays with this curved design, and the multiple colors reference the desktop’s availability in a variety of vibrant shades.

The PowerBook G4 is the forebear of the modern MacBook Pro, and its titanium body still looks modern today. For this rendering, Click Mechanic evokes the computer’s high performance of the time rather than the laptops actual shape. The styling features an angular center section and mixes it with a rounder outside area. The broad grille and big wing communicates that this car is capable of some serious speed.

The lithe MacBook Air remains attractive in its simplicity. The case is so thin that it’s amazing a computer can even fit inside, but there’s still enough performance for work on the go. Similarly, the iCar Air features a flat, minimalist design. A dome of glass surrounds the two occupants for a vehicle that would have amazing visibility.

With a design consisting of just a flat glass panel and metal frame, there’s not must styling to take inspiration from the iPhone 7. So the shape of the iCar 7 is just a minimalist black pod. One clever detail is the oval-shaped headlights that look like the phone's plug.

If you just can’t get enough Apple Car renderings, check out Motor1’s proposed design from last year. Our rendering by Samir Sadkhov was rooted more in reality than these, and we went into detail about the reason for every element of the styling.