McLaren P14 mule caught in the bright light of day

McLaren's 650S successor comes into focus, and it takes considerable cues from the P1.

McLaren is gearing up to debut the P14 as a replacement for the 650S at the Geneva Motor Show in March. This new batch of spy photos gives us another good look at the upcoming supercar before the sheet comes off.

This prototype shows the major departure that McLaren is taking with the P14 over the 650S. Up front, huge intakes sit just below the headlights, and the spy shots show additional inlets in the bumper. Slashes in the hood further indicate that the engineers are paying a lot of attention to the supercar’s aerodynamics. In profile, the long rear evokes the P1. McLaren’s camouflage can’t hide a significant number of outlets and vents at the rear, and the high-mounted exhausts likely indicate significant air management happening underneath the car, too. 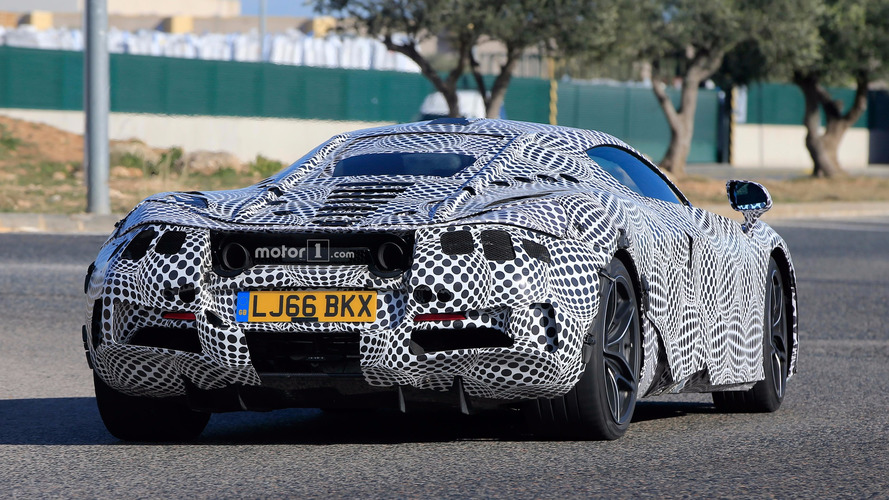 An earlier spy shot shows the interior with an instrument panel that has a simple, digital cluster. It can allegedly move down when the driver enters Track Mode so that there’s a better view of the circuit ahead.

There’s debate over what powers the P14. A recent rumor indicates the supercar would have a 4.0-liter biturbo V8 that could produce 720 horsepower (537 kilowatts) and later hybrid variants might offer even more. However, earlier reports indicate McLaren would update the current biturbo 3.8-liter V8 to churn out less than 700 hp (522 kW). 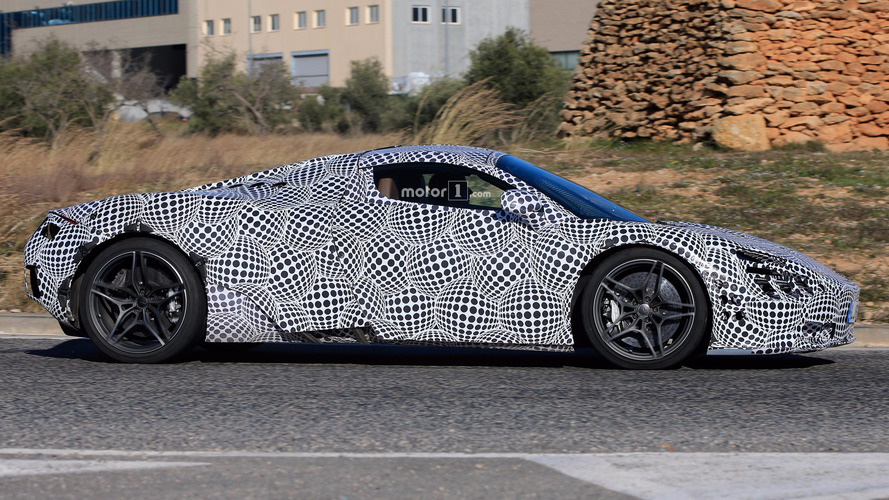 Regardless of what the model uses for power, we are fairly certain that it sits in an updated iteration of McLaren’s MonoCell carbon fiber monocoque. The tweaks should make for an even lighter version of what’s already a very impressive chassis.

Ahead of the Geneva debut, McLaren is reportedly already showing the completed design to wealthy clients. The rest of us have to wait a few more weeks until the public reveal in Switzerland.