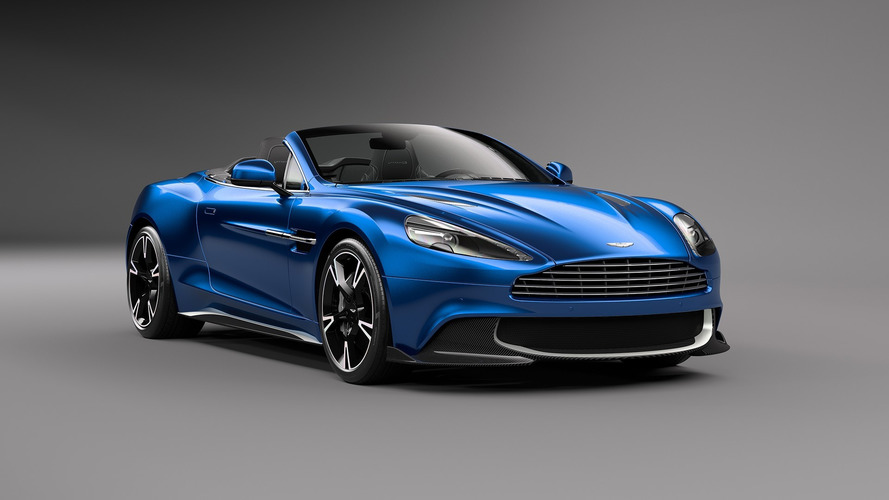 This might be the sexiest 600-horsepower convertible money can buy.

No need to adjust your computer settings, this is the achingly beautiful new Aston Martin Vanquish S Volante in the flesh. Building on the already stunning design of the standard Volante and Vanquish coupe, the Volante S adds a few new features to the mix.

Under the hood is the same 6.0-liter V12 you'll find throughout the Aston Martin range. Unlike the Volante, though, that same engine has been uprated to produce just north of 600 horsepower (447 kilowatts)… in the U.K. and Europe. The rest of the world (including the U.S.) has to deal with a mere 580 horsepower (432 kilowatts) from the same engine.

Still, with the 600-horsepower engine equipped, it will sprint to 62 miles per hour (96 kilometers per hour) in just 3.5 seconds, and continue on to a top speed of 201 mph (323 kmh). That engine benefits from an extra 20 horses over the base Volante (570 horsepower/425 kilowatts), and a more refined eight-speed Touchtronic II Transmission, quad exhaust tips, and revised inlet manifolds. All said and done, it’s said to provide "relentless power delivery."

The body is constructed of aluminum and carbon fiber, giving it a curb weight of 3,834 pounds (1,739 kilograms), and a distribution of 51 percent front, 49 percent rear. The new carbon fiber front splitter and rear diffuser designs provide even better stability at speed, and further enhance that iconic styling.

A set of 20-inch 10-spoke gloss black alloy wheels come standard, as does the carbon fiber front splitter, diffuser, side sills, and Alcantara seats. For a bit more scratch, buyers can choose between four different 20-inch wheel designs, a "contemporary" paint palette, and even more carbon fiber on the mirrors, side strake, and exterior door release.

Like the coupe, pricing for the Volante S will begin at $312,950, with availability beginning the second quarter of this year.