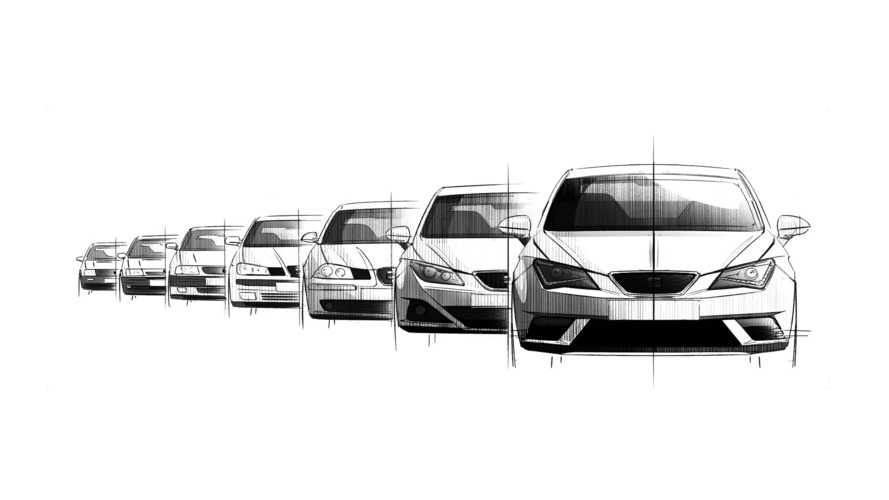 The new Ibiza will hit the European market in July this year.

The current SEAT Ibiza is facing a well-deserved retirement as the Spanish brand is preparing for the launch of the all-new, fifth generation model. It is set to make its official premiere by the end of the month and the first teaser image reveals an evolutionary and sharper design in the same vein as the facelifted Leon – very similar to our rendering from October 2015.

We’ve seen SEAT testing the new Ibiza several times, using a clever Hyundai i20-inspired camouflage, and we already know it will be slightly bigger than the outgoing model. It will be based on Volkswagen Group’s MQB platform and will actually use the shortest iteration of the architecture. The switch to the modern modular platform means the car will be lighter, which will have its positive effect on the efficiency.

More about the new Ibiza:

“Every generation of the Ibiza was designed, developed and produced in Barcelona,” SEAT explains, which makes us believe the new generation is also engineered in Spain. It will hit the European market this summer, following a grand public premiere during the Geneva Motor Show in early March. The model will be assembled in Martorell and Algeria, where the refreshed Volkswagen Golf and Skoda Octavia will also be manufactured.

A family of turbocharged three- and four-cylinder engines will be available, and probably a naturally aspirated 1.0-liter unit in select markets, serving as an entry-level option. Probably the most interesting variant will be powered by a new 1.5-liter TSI motor, replacing the current 1.4 TSI.

The best-selling Spanish car in history with more than 5.4 units delivered in 33 years will also spawn a subcompact crossover called Arona, but there won’t be a station wagon version due to the lack of interest from customers.

Martorell, 26/01/2017. - In 1984, Michael Jackson took the music world by storm with Thriller. On the big screen, Ghostbusters and Indiana Jones and the Temple of Doom smashed all box-office records. It was also the year when Facebook founder Mark Zuckerberg was born, and the year the first SEAT Ibiza was launched on the market. Since then, this model has been driving on streets and roads all over the world continuously for 33 years. Keep reading to find out some interesting facts and figures about this legendary model.

In three decades, the SEAT Ibiza has accumulated four generations. It is the top-selling Spanish passenger car – to date, more than 5.4 million units have been sold. If they were arranged in a straight line, they would exceed the distance between Barcelona and New Zealand.

-    Created in Barcelona
Every generation of the Ibiza was designed, developed and produced in Barcelona. Italy’s Giorgetto Giugiaro was the Design Director responsible for the first generation. The engine was developed with the collaboration of Porsche, thereby creating the System Porsche designation, and car module manufacturer Karmann helped build the bodywork.

-    8 out of 10 Ibizas are exported
Every day 700 new SEAT Ibizas roll out of the Martorell factory. Of these, 80% are exported to over 75 countries. In fact, the Ibiza was behind the internationalisation of the brand as it was the first model to be regularly exported from Martorell.

-    Headline figures of the Ibiza
More than 700 robots are involved in its production. Each vehicle contains 3,000 parts, and it travels nearly 12 km to complete its production process. In addition, since 1984 more than 70 million kilos of paint have been used, which is equivalent to painting the Eiffel Tower more than 1,000 times.

-    Women’s role
The Ibiza was the first SEAT car to integrate women on the production line. Today, women account for 1 out of every 5 workers on this line (21%), the highest rate in Spanish industry. In addition, the global market has seen more and more women buyers in the last ten years, accounting for 51% of the share compared to 42% in 2004.

-    Passion for competition
The Ibiza was the official car of the Barcelona ’92 Olympic Games. It also achieved notable successes in competition racing, such as the three FIA World Rally Championship titles in the 2 litre category in 1996, 97 and 98.