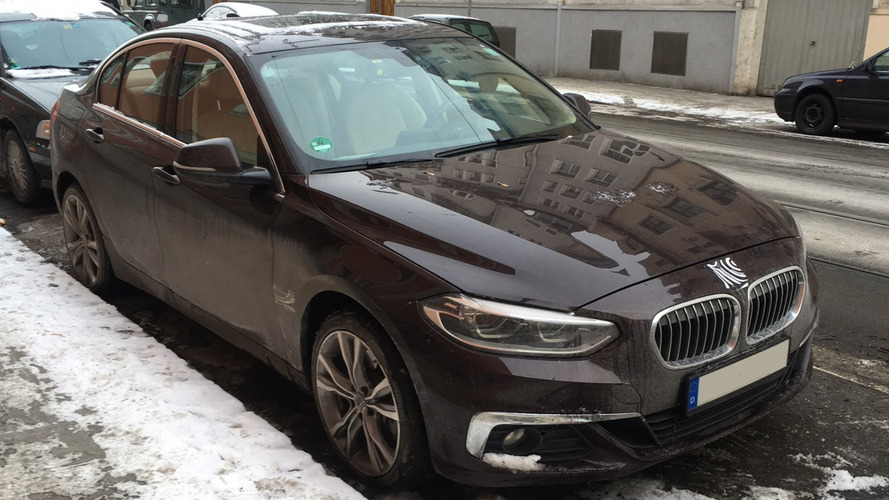 Is there enough space for one more sedan in BMW's portfolio?

This is your very first chance to take a look at the new BMW 1 Series Sedan on European roads. This almost completely undisguised 120i prototype was spotted by a reader of BimmerToday in Munich – and hints the model could actually make the trip to the Old continent, despite initial reports saying this won't happen.

The baby Bimmer made its debut at the Guangzhou Auto Show in November last year and is currently the smallest car the Bavarian company is selling. Last year, BMW announced the vehicle is designed exclusively for the Chinese market and is aimed at the "young generation” in the country. While it looks similar to the two-door 2 Series Coupe sibling, the two cars are actually based on different platforms. The coupe uses a classic front engine/rear-wheel drive layout, while the UKL architecture of the 1 Series Sedan gives it FWD design.

While there are no strong indications BMW is actually planning an Euro launch for the compact sedan, these new spy photos from Germany should mean something. The manufacturer could simply be testing the waters and analyzing whether the vehicle’s sizes and proportions would fit the European auto lifestyle, but we are tempted to believe there’s some chance for the 1 Series Sedan to be launched on the continent.

Basically, the model is BMW’s way to say mini. In fact, it shares many components with the current Mini lineup, including the 136-horsepower (101-kilowatt) 1.5-liter turbo engine offered in the 118i base trim. Chinese clients could also opt for the 192-horsepower (143-kilowatt) 2.0-liter turbo in the 120i Luxury trim, and the range-topping 125i Sport with 231 horsepower (173 kilowatt). All units are available for most of the current Minis, as also are the six-speed manual and eight-speed automatic transmissions.

Photos used with permission from BimmerToday.