Including a flat floorpan and a rear diffuser.

After learning about its aluminum-intensive bespoke platform in the previous teaser, the Alpine reboot is back in a new short clip revealing some of the aero features. The “A120” (name not confirmed) will benefit from an entirely flat floor and a rear-mounted diffuser to improve airflow. Thanks to these two features and a sleek curvaceous body, the sports car will exhibit a high level of aerodynamic efficiency without having to feature a rear spoiler.

The design of the car is pretty much known taking into account Alpine has already previewed the model with the 2016 Vision concept pictured above, itself an evolution of the 2015 Celebration concept. Not only that, but you can actually see most of the exterior in the latest teasers, while prototypes have been spotted recently undergoing final testing with only a thin layer of camouflage.

We already know customer deliveries are scheduled to kick off towards the end of this year or early 2018, depending on where you live. The first 1,955 units are going to represent the “Premiere Edition” and will be available only in Alpine Blue, Deep Black, and White Solar colors. In its domestic market, the Alpine Premiere Edition costs between €55,000 and €60,000.

Alpine has also revealed France’s Porsche Cayman will do the 0-62 mph (0-100 kph) sprint in just four and a half seconds. We still don’t know what will power it, but it might be a turbocharged 1.8-liter gasoline engine derived from the Clio RS’ 1.6-liter unit. However, we won’t be too surprised if the A120 will rock a larger 2.0-liter shared with the forthcoming Megane RS. Regardless of what will reside in the engine bay, expect the Alpine revival to pack a 300-hp punch in the range-topping version.

Since Alpine has confirmed it will attend the 2017 Geneva Motor Show, it wouldn’t be too far-fetched to assume the car will receive its world premiere in early March. That being said, an online reveal could occur sometime next month seeing as how more and more teasers are being released. 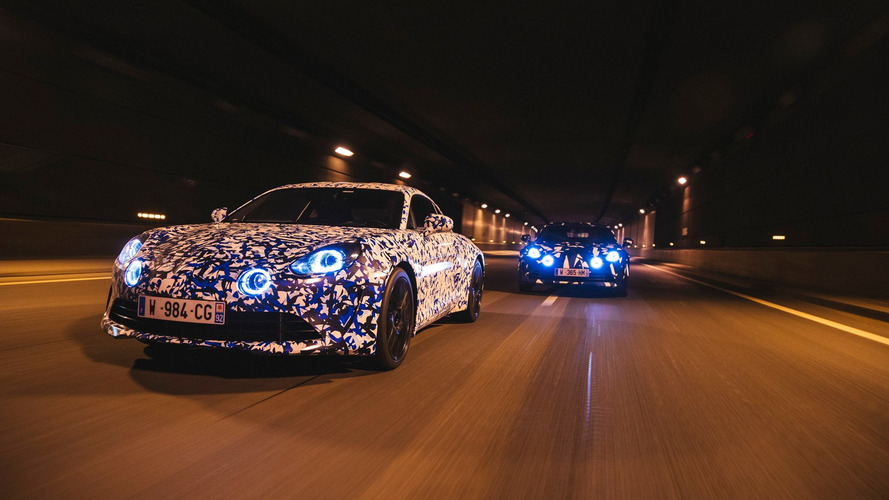 Air flow will be a key factor in the new Alpine’s performance and efficiency.

The combination of a flat floor, a technique carried over from the world of supercars and high-level motor racing, and a rear diffuser located beneath the rear bumper will allow significant downforce and excellent stability.

The resulting aerodynamic efficiency has eliminated the need for a rear spoiler and allowed the design team and engineers to achieve the sleek, fluid upper body shape that Alpine owners know and love.