The numbers are (finally) in.

Ford unveiled the GT as a concept about two years ago in Detroit, but it’s only now the Blue Oval company is ready to share all the important numbers of its latest supercar in production guise. Without further ado, the biturbo 3.5-liter V6 engine develops 647 horsepower (482 kilowatts) at 6,250 rpm and a peak torque of 550 pound-feet (745 Newton-meters) attainable from 5,900 rpm in a coupe that weighs 3,054 pounds (1,385 kilograms). Bear in mind we’re talking about the dry weight, so in reality the car is heavier with all the fluids in it.

Powered by the strongest EcoBoost engine ever created by Ford, the new GT becomes the company’s fastest production model to date by managing to top out at 216 mph (347 kph). The maximum velocity was sort of revealed earlier this month when Ford showed off the supercar’s digital dashboard.

Not like it matters a great deal when dealing with supercars, but the GT returns 11 miles per gallon in the city and 18 mpg on the highway for a combined 14 mpg, according to EPA’s estimation. Ford points out that “actual mileage will vary.” In other words, floor it and you’ll have a hard time achieving those numbers. 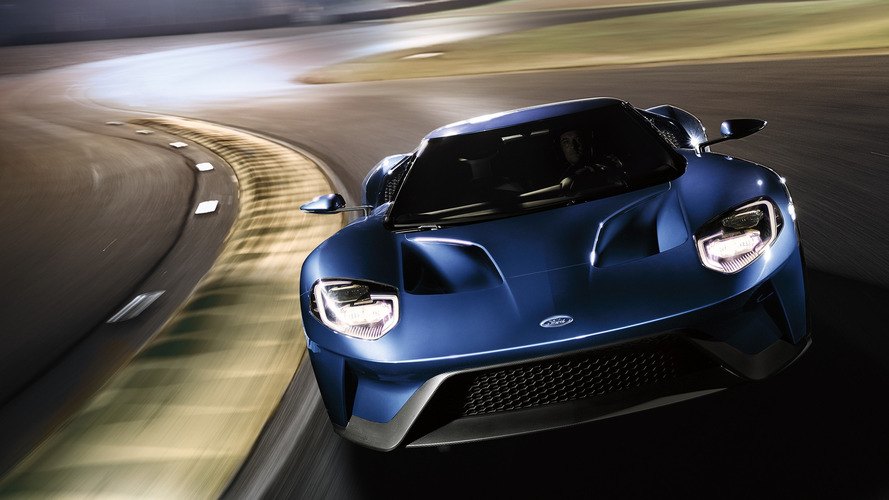 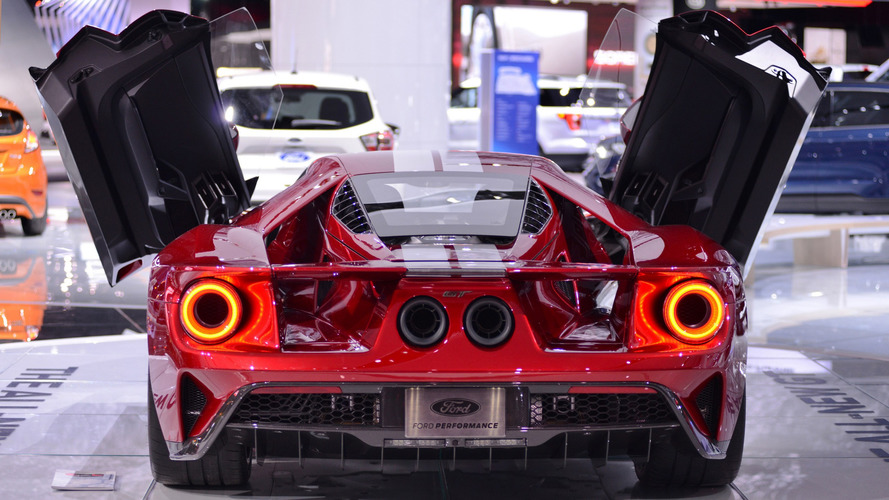 As a reminder, production will be limited to just 250 cars annually, which means that over the course of the next four years only 1,000 units will be assembled in Markham, Ontario, Canada. Production has already commenced, but we still don’t have an exact figure about how much it costs. All we know is that it’s somewhere in the region of $450,000. Ford will be happy to throw in a very cool ordering kit featuring a box made entirely out of carbon fiber, just like the GT’s optional 20-inch wheels slashing 2 lbs (0.9 kg) of weight per wheel.

DEARBORN, Mich., Jan. 25, 2017 – Delivering the highest output of any EcoBoost® production engine to date, the all-new Ford GT couples its extraordinary power with impressive aerodynamic efficiency and advanced active dynamics to achieve a maximum speed of 216 mph – making it the fastest Ford production vehicle on the track ever.

Capable of an exceptional top speed, Ford’s all-new supercar is designed and optimized for track performance to honor its racing heritage. In 2016 development testing, with all contenders track-prepped with new fluids, fresh tires and optimal suspension settings, in identical conditions and with the same driver behind the wheel, Ford GT bested both the McLaren 675LT and Ferrari 458 Speciale at Calabogie Motorsports Park in Canada.

The numbers speak for themselves:

SAE-rated at 647 horsepower and with 550 lb.-ft. of torque, Ford’s new high-output 3.5-liter V6 powerplant produces the most horsepower of any EcoBoost production engine ever, making Ford GT the fastest production car ever to wear the Blue Oval badge. The engine’s wide powerband produces 90 percent of its peak torque from 3,500 rpm.

“Our expectation has always been that the EcoBoost V6 would perform exceptionally well in the Ford GT – both in terms of power as well as aerodynamic efficiency,” said Dave Pericak, global director, Ford Performance. “We tested and developed this powertrain through the Daytona Prototype race car that ran in IMSA for two seasons, last season racing with Ford GT. We are extremely pleased with how it performs, both on the track and on the road.”

“The Ford GT is all about performance,” said Raj Nair, Ford executive vice president, global product development and chief technical officer. “We achieved considerable weight savings with the carbon fiber architecture. We then reinvested some of that savings into where it counts most – performance, specifically, the active dynamics. The result is an even faster car.”

The active dynamics systems – for both suspension and aerodynamics – are designed to make the car perform with optimum downforce, drag and balance at any speed, creating a faster setup regardless of driver skill level.

Ford GT, with no excuses to give, has proven itself time and again, racing to class wins at Le Mans and numerous other tracks in both IMSA and WEC last season. The production Ford GT shares a great deal with the high-performance track version, with advanced aero and suspension features added that take it to another level.