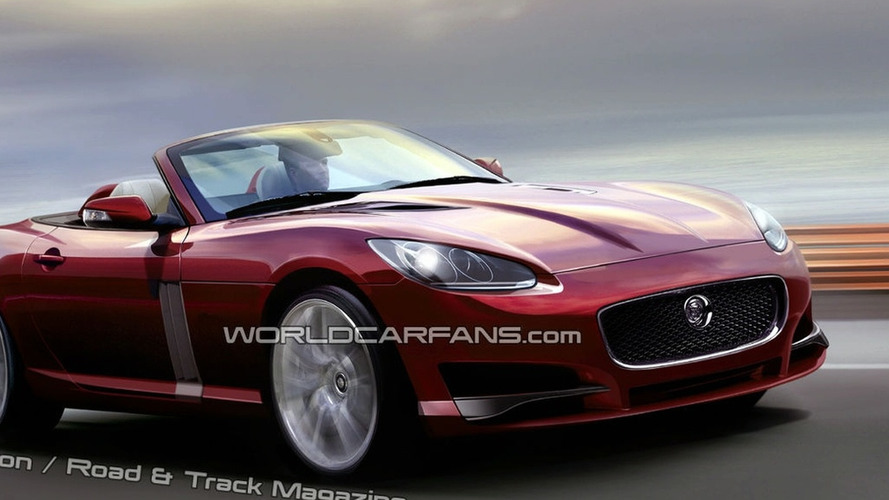 Jaguar is not building a 200mph supercar afterall, says AutoWeek. Instead it will enter the mid-size luxury sports car market ruled by the likes of Audi TT and BMW Z4.

Britain's Autoweek has rebuked stories that claim that Jaguar is working on a 200mph-plus supercar in the mould of the old XJ220. According to AutoWeek, these claims are nothing more than a pie in the sky that will probably never be reached. Instead Jaguar is said to be readying a smaller sports car to be badged the XE.

We know the name XE will feature in Jaguar's future plans because it was patented as C-XE along with C-XJ. Normally the people running the British luxury brand prefix the ultimate car's name with a C when the car first debuts in public as a concept. The 2007 C-XF Concept for instance later became the production XF. Pictures used are those of a rendered XF-based roadster from the WCF files.

The boss of Tata Motors which owns Jaguar, has said that he likes the idea of an entry-level sports car which would afford first-time buyers the opportunity of considering a Jaguar in the mid-end sports segment. The car under discussion would compete in the same league as the Audi TT, BMW Z4 and Mercedes-Benz SLK instead of with a Mazda MX-5 or a Pontiac Solstice. It would hedge the brand against a global credit crunch that in all probability would stifle sales of the bigger, more expensive XK range. Still on the XK, it's said that a 275hp (205kW) turbo diesel version is being prepared for a friendly rivalry with the BMW 635d.