The lavish four-door coupe appears to have the full production body and lights.

Some consider the Rover P5 Mark II from the 1960s as the forefather of the wrongly named “four-door coupe” body style, but the original CLS launched in 2004 is labeled by many as being the trend setter. Based on the E-Class Sedan, the car is now approaching the end of its second generation and is getting ready to make the transition towards the third one set to bring new underpinnings.

Seen here is a prototype of the 2018 CLS, which is expected to retain the moniker rather than switch to the “CLE” badge as some reports have indicated. You can think of it as a four-door version of the E-Class Coupe, itself basically a sleeker two-door E-Class Sedan. The test vehicle was dipped in camouflage to hide the sexy body, with the trunk lid and C pillars carrying some fake bits to better conceal the real design. 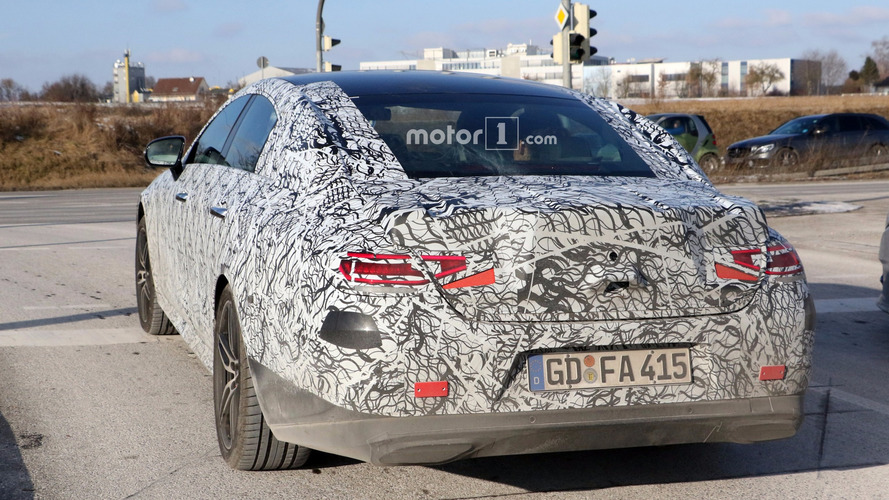 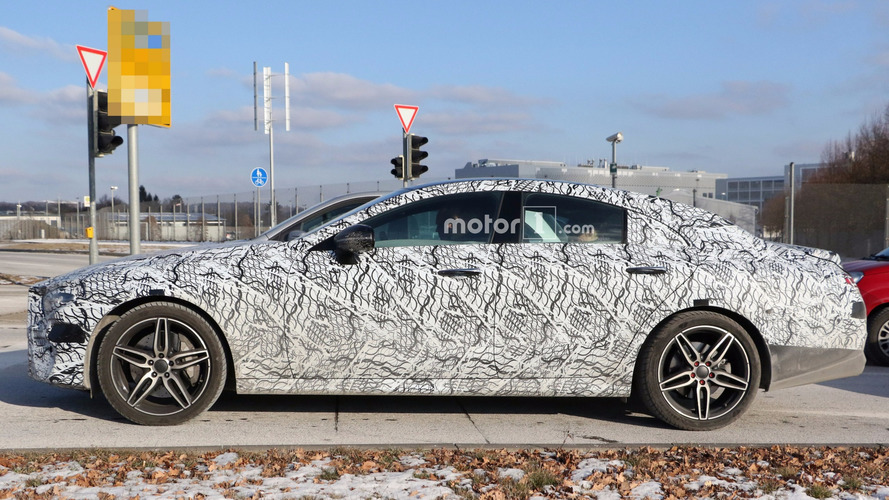 If you look closely, the test vehicle’s dual exhaust tips seem to be blocked by a black plastic bit covering the lower portion of the bumper, but we’re willing to bet the car had a provisional exhaust that wasn’t connected to the tips. The rear overhang is absolutely gigantic, and hopefully it won’t look that bad once the camo will come off entirely.

The overhauled CLS will ride on the same MRA platform as the E-Class models from where it will inherit most of the hardware. Chances are it will also be blessed with Mercedes’ new family of silky smooth straight-six units set to debut later this year in the S-Class facelift.

Compared to the “regular” E-Class Sedan, the new CLS might have a slightly longer wheelbase to grant more legroom for passengers relaxing in the back of the posh cabin. Despite the sloped roofline, the rear headroom should suffice for most people.

The company with the three-pointed star logo hasn’t said a word about the new CLS’ reveal, but we might see it as early as September at the Frankfurt Motor Show. Don’t hold your breath for a new CLS Shooting Brake as reports are indicating the more practical wagon won’t live to see a new generation.