Opel Astra's LED headlights proving to be popular among buyers

84 percent of all Astras sold in Norway last year had the optional IntelliLux LED matrix lights.

Introduced in 2015 and crowned European Car of the Year 2016, the Astra K has racked up more than 350,000 orders since its market launch, and many of these orders had the optional LED headlights box ticked. Germany is the model’s most important market and last year 33 percent of customers decided to pay more and get the IntelliLux full-LED matrix headlights featuring 8 individual LED segments in each cluster.

The option proved to be even more popular in Austria where more than 40 percent of all buyers decided to go with the light-emitting diodes, while in Switzerland about 45 percent of all Astras sold in 2016 rolled off the production line with the clever headlights. But by far the most successful market for Opel’s LED lights was Norway where a whopping 84 percent of the Astra Ks sold last year had the “lighting technology of the future.” 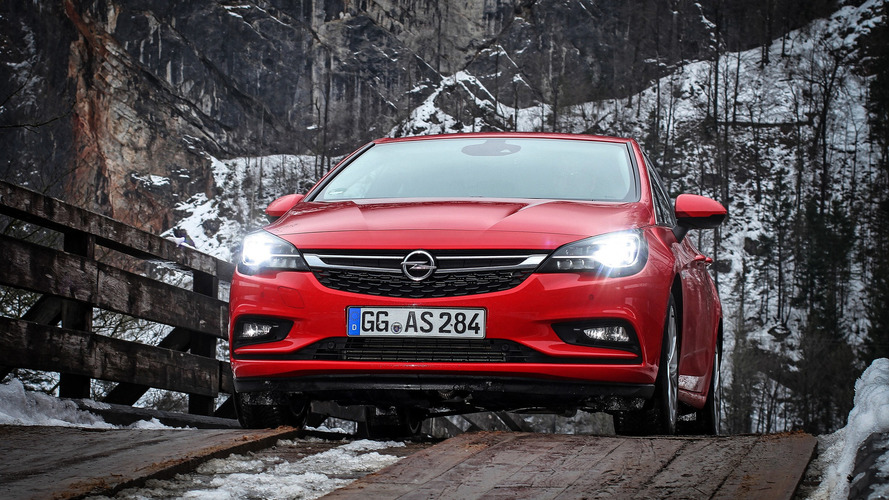 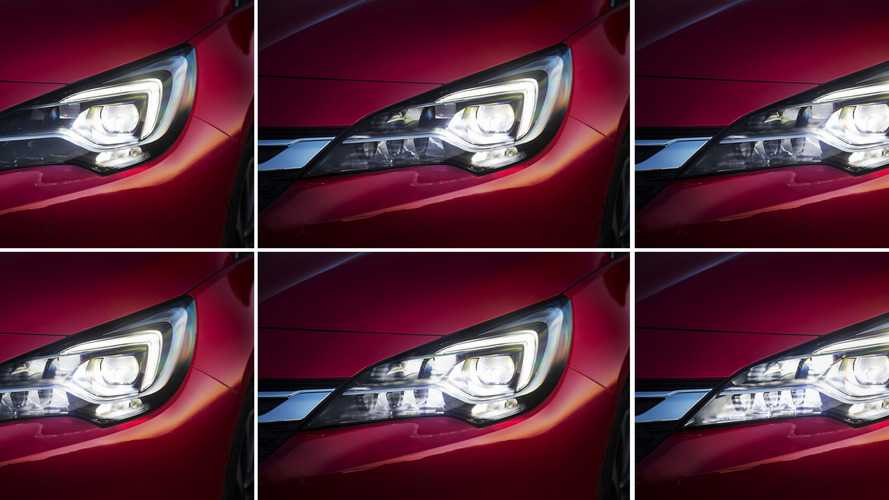 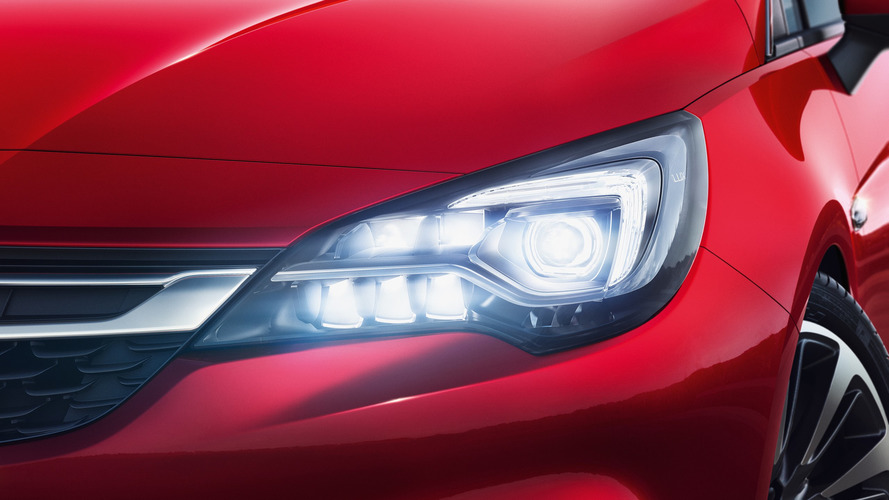 Replacing the Opel Astra J’s bi-xenon adaptive headlights, the new full-LED clusters can automatically modify the length and distribution of the light beam depending on the traffic situation. The high beam automatically kicks in once the Astra is driven outside of a city and it also switches off whenever the front-mounted camera detects light from incoming traffic. It does so by individually deactivating LEDs in order to lower the risk of dazzling the other road participants. 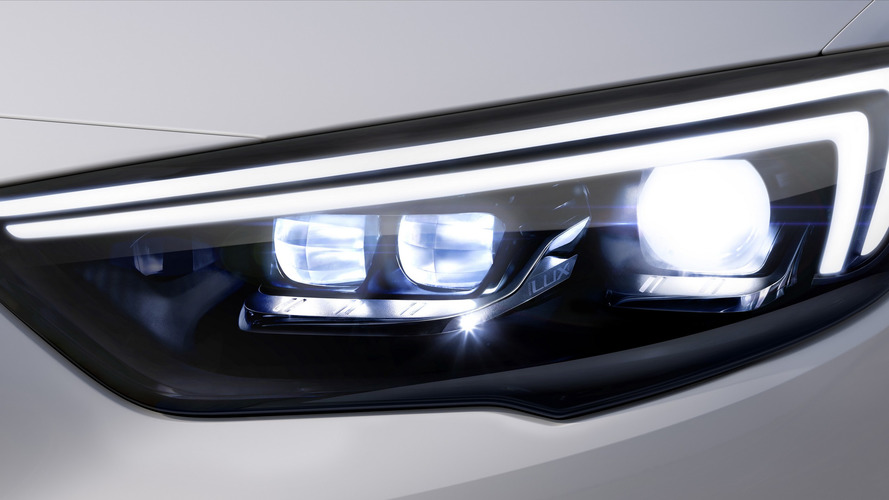 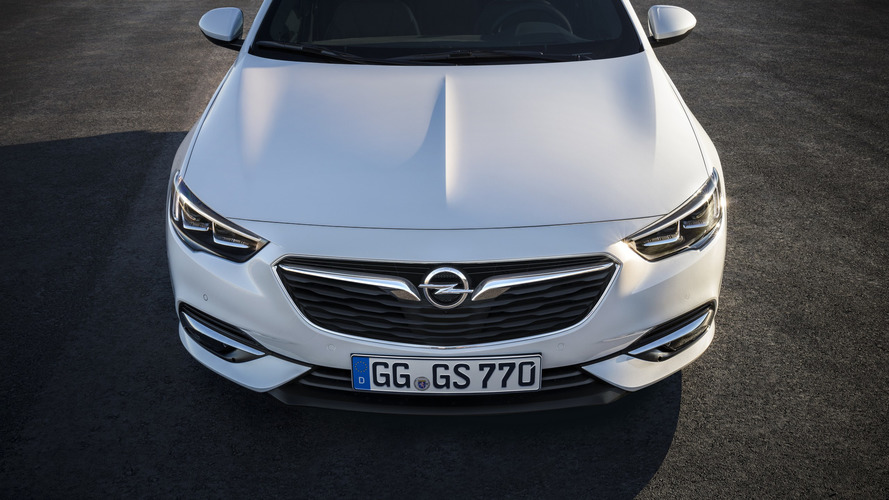 With the recently unveiled Insignia Grand Sport, Opel is introducing an evolution of its IntelliLux LED headlights, now with 16 segments in each cluster for a total of 32. The folks from Rüsselsheim are saying that by doubling the number of LEDs compared to the Astra, the light pattern will automatically be adjusted in a more precise manner and at the same time will also generate a brighter amount of light. When the full beam is on, the Insignia’s headlights provide illumination for up to 400 meters ahead, while in curves the light intensity adapts based on the steering’s angle to provide better visibility.

The Insignia Grand Sport will celebrate its world debut in March at the 2017 Geneva Motor Show.

Rüsselsheim.  Over 350,000 Opel Astra orders since the car went on sale in 2015, Opel’s bestselling model in 2016, second place in the compact segment across Europe and in the compact retail segment in 2016 and a host of international accolades including the Golden Steering Wheel and the European ‘Car of the Year 2016’ award – the Astra is without a doubt a real winner. Its recipe for success consists of ingredients such as lightweight construction, highly efficient propulsion systems, outstanding digital connectivity and driver assistance technologies normally only found in the premium segment. The intelligent IntelliLux LED matrix light is one these technologies. It has not only won over critics across Europe winning various awards on the way but it has also established itself as one of the most sought after options available for the Astra. Eighteen months after its introduction, IntelliLux LED matrix light can look back on a success story only rivalled by the success of the Astra itself.

In Germany, Opel’s important home market, every third Astra is ordered with the highly efficient and high performance lighting system. In neighboring Switzerland around 45% of Astra buyers want IntelliLux LED matrix light and the feature is also winning over customers in Austria with over 40% of vehicles intended for the Alpine republic coming with the innovative and affordable lighting technology. Elsewhere, IntelliLux LED is also extremely popular in Finland and Sweden (each 37%). However, even these impressive figures are dwarfed by the success of the system in Norway where a massive 84% of new Opel Astra cars on the roads are equipped with the lighting technology of the future.

“We are obviously delighted with the success of the IntelliLux LED matrix light. It is further proof that our principle of democratizing technology by providing innovative and affordable solutions is finding its mark with the customers. I must compliment our engineers on this highly effective system that provides outstanding night time performance enhancing safety for the driver and those around them,” said Opel Vice President Sales & Aftersales Peter Christian Küspert.

Consisting of 16 LED segments – eight on each side of the vehicle – the LED matrix system automatically and constantly adapts the length and distribution of the light beam to every traffic situation. As soon as the vehicle exits urban areas, the high-beam lighting is automatically switched on. Not only Astra drivers benefit from this – while they enjoy excellent light and visibility conditions, they do not dazzle other road users. When the camera detects light sources from oncoming or preceding traffic, individual LEDs in the relevant zone are deactivated, simply “cutting out” the area around the vehicles. The rest of the road and its surroundings remain brightly illuminated. With this degree of precision and adaptation, LED matrix light elevates lighting technology to the next level.

Opel lighting engineers have not only made an intelligent, full-LED system more affordable, they have also taken it to a new level of intelligence. As not all Astra customers opt for an embedded navigation system, the lighting system can recognize if the vehicle is in an urban area or on a highway for instance independently. In addition to the many automatic low and high beam pattern variations, IntelliLux LED also provides a special highway light mode that further increases safety at night. In addition, the system also has a considerably longer running life than headlamps with halogen or xenon lamps.

Given the success of the system in the Opel Astra, it is hardly surprising that the company is optimistic that the next generation of IntelliLux LED lighting, which will be introduced with the all-new Insignia in 2017 will prove to be just as popular with the customers. LED technology has developed rapidly since the introduction of the Astra and the Opel engineers have been able to incorporate 32 individual LED segments on the Insignia. As a result of the smoother transitions between the higher number of LED segments, the light patterns can be more precisely adapted. The adaptive IntelliLux LED matrix headlights of the new Insignia therefore produce a larger amount of even brighter light.

To improve visibility still further while driving through curves on full high beam, the engineers added a new function to the new Insignia’s IntelliLux LED matrix headlights. The light intensity at the inner matrix segments rises according to steering angle in order to increase the illumination of the curve. Each IntelliLux LED headlight also features a high-beam spotlight that provides additional illumination at full high-beam for up to 400 meters, further improving the new Insignia’s long-range visibility.

Elsewhere, both the higher trims available for the Astra, ‘Dynamic’ and ‘Innovation’, have also proved to be extremely popular with customers. Since the European “Car of the Year 2016” was launched, over 60 percent of Astra buyers have opted for the higher trim choices, giving them access to a lot more standard equipment and features that they subsequently do not need to order as an option. For example, Opel’s personal connectivity and service assistant Opel OnStar comes as standard in both of the aforementioned trim levels. Furthermore, comfort features such as leather steering wheel, adjustable armrest or fog lamps are also included.