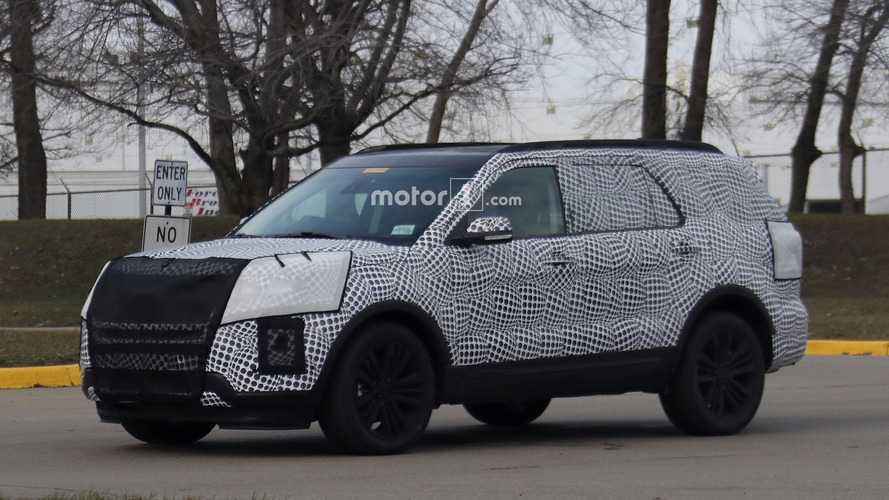 It may not look all that different, but there are some big changes underneath the familiar skin.

The fifth-gen Explorer has been around since 2011, so it’s no wonder the next-gen model is currently in an advanced testing phase. The design appears to be evolutionary rather than revolutionary, and many will be tempted to say the test vehicle is actually the current model. However, that’s not the case as the camouflaged vehicle spotted in Dearborn, Michigan has a different front fascia with a new hood, bumper, and reworked headlights. The rear end is also changed, especially if you check out the taillights and how they’re connected through a red bar mounted on the trunk lid, unless that’s fake just to throw us off.

While the design won’t change that much, everything else will. Indeed, the 2019 Ford Explorer will ditch the aging D4 underpinnings and switch to the newly developed D6 platform. A more extensive use of aluminum should bring a healthy weight loss for the big SUV, which will pay dividends in terms of fuel efficiency and handling.

As far as engines are concerned, chances are Ford will drop the thirsty naturally aspirated 3.5-liter V6 and will sell the next Explorer with the latest crop of EcoBoost mills. It remains to be seen whether the 2018 Mustang’s new 10-speed automatic transmission will be offered, but it would make sense for the Explorer to get it as well. A front-wheel-drive layout is expected to be standard on the lesser models, with more expensive versions set to be offered with an AWD layout. The D6 platform can accommodate a RWD setup, but it doesn’t necessarily mean the new Explorer will be available in this configuration.

The new Ford Explorer should be ready for the 2019 model year, meaning that it will be introduced at some point in 2018. The Blue Oval company might decide to bring it to the Detroit Auto Show in about a year from now.